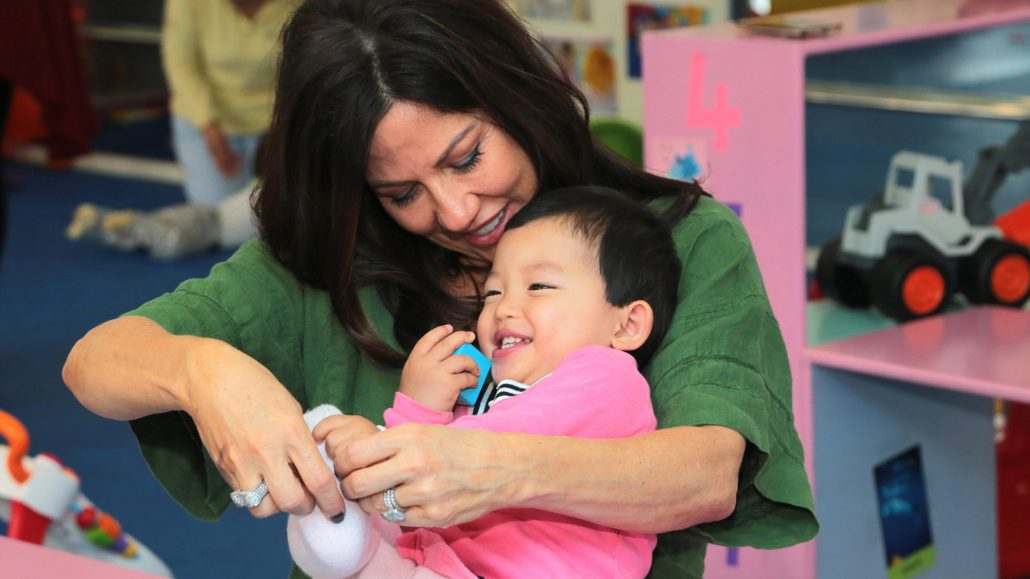 “I’ll never forget visiting an orphanage for the first time and seeing rows and rows of tiny faces. I am dedicated to helping find funds and friends to bring love to all those children.” During her career at McDonald’s, Deanne served as Senior Vice President, Employee Relations, Training & Development, McDonald’s Australia and advisor in the Asia region for McDonald’s Corporation USA. She holds a Bachelor of Business and a Master of Arts and lives in Melbourne with her husband, Guy and son, Jack.

Carmen Lau
Director of Development
“Being a part of the OneSky family has allowed me to continue supporting vulnerable children in my own motherland and to give life to the words of Mother Teresa – ‘do ordinary things with extraordinary love.’ By helping to provide these resilient children with loving care and hope, I believe that I have found my life’s purpose.” After graduating from university in Australia with a degree in Marketing and Psychology, Carmen joined an international relief and development organisation, which supported children suffering from extreme poverty. Carmen was then OneSky Hong Kong’s Director of Development, before coming back to Australia in 2017. Carmen currently lives in Melbourne with her husband Boris and two girls Charisse and Elisha. 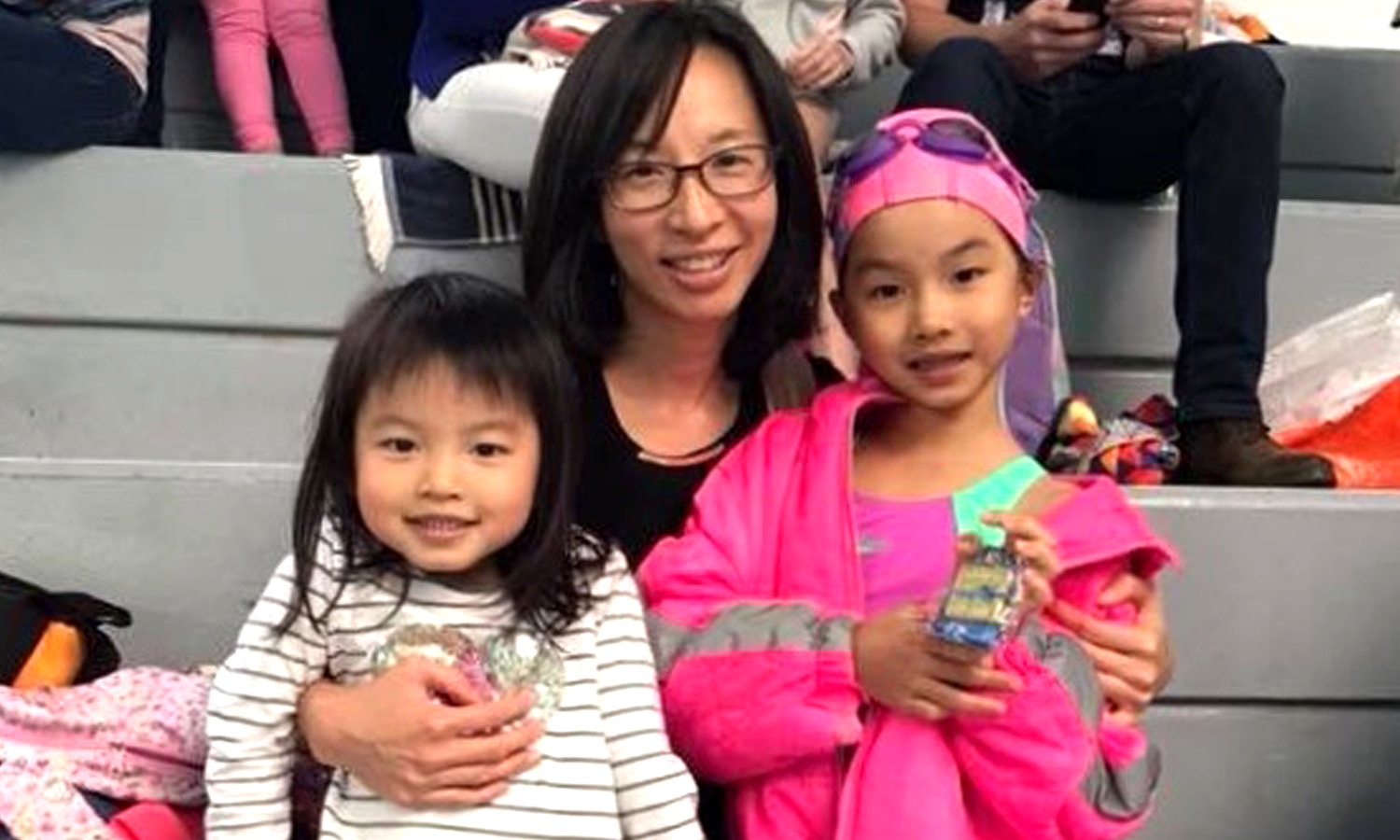 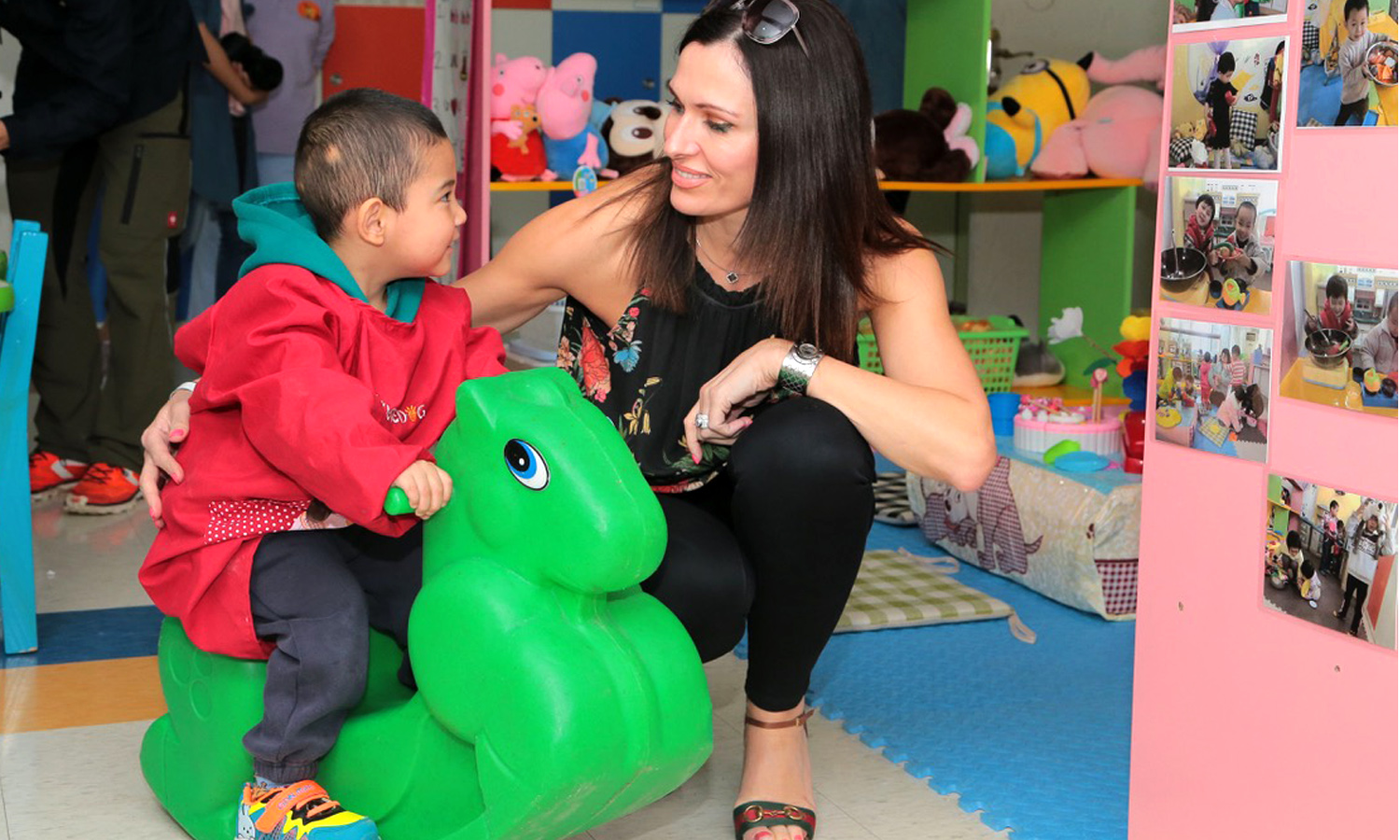 “In the words of activist Henry Ward Beecher: “Children are the hands by which we take hold of heaven”. OneSky serves the smallest of our population and I embrace this privilege and responsibility as a member of this global family. To know that these precious babies and children now have dedicated people to kiss them goodnight, and give them love and happiness, compels me to give my best, every day.”  Veronica holds a Bachelor of Laws degree, a Bachelor of Arts degree and a Graduate Diploma in Human Resource Management and Industrial Relations. Prior to joining OneSky Australia, she enjoyed a career in Commercial Law, specialising in Commercial Litigation. She worked as part of the Arthur Andersen Australian International and Domestic Mobility Team, at Ernst & Young, and established a boutique Property Law Firm. She lives in Melbourne, with husband Andre and her two children, Konrad and Lili.

Lauren O’Hara
Strategic Advisor (Volunteer)
“I truly believe that the power of humanity lies in what we do for others, in what we give to make the world a better place. At OneSky, we provide the opportunity for people from around the world to give what they can to make a difference in the lives of children – fostering environments where children can develop, grow and discover their talents and share them with the world.”  Lauren’s career began with an Arts degree, where she majored in Public Relations. Prior to Half the Sky, Lauren worked as Corporate Affairs Manager for Kmart during one of the biggest retail turnarounds in Australian history. Her role advised on communications strategies, public relations campaigns, ethical sourcing, compliance, internal communications and community engagement. Lauren was raised in a blended family with three brothers, two sisters and loving parents. 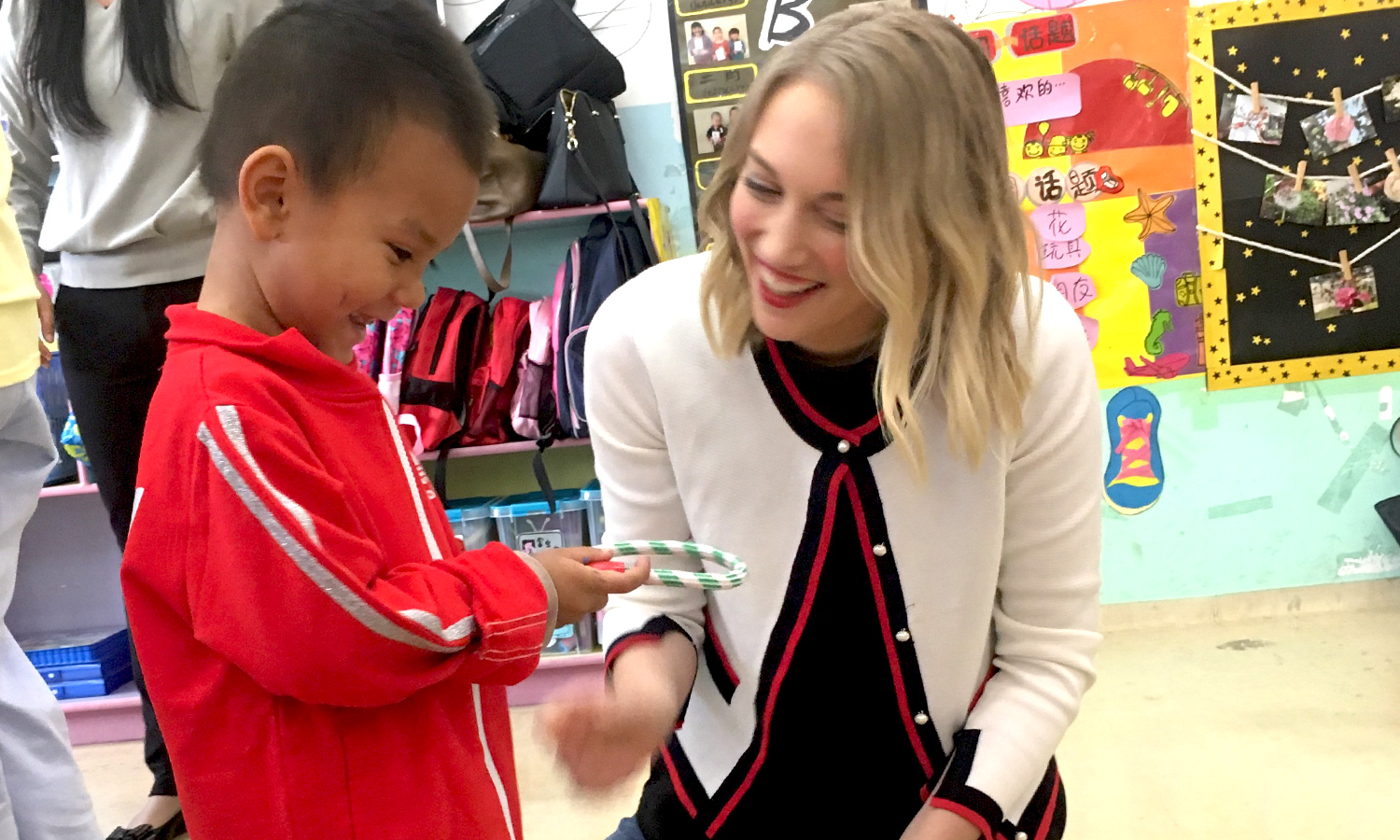 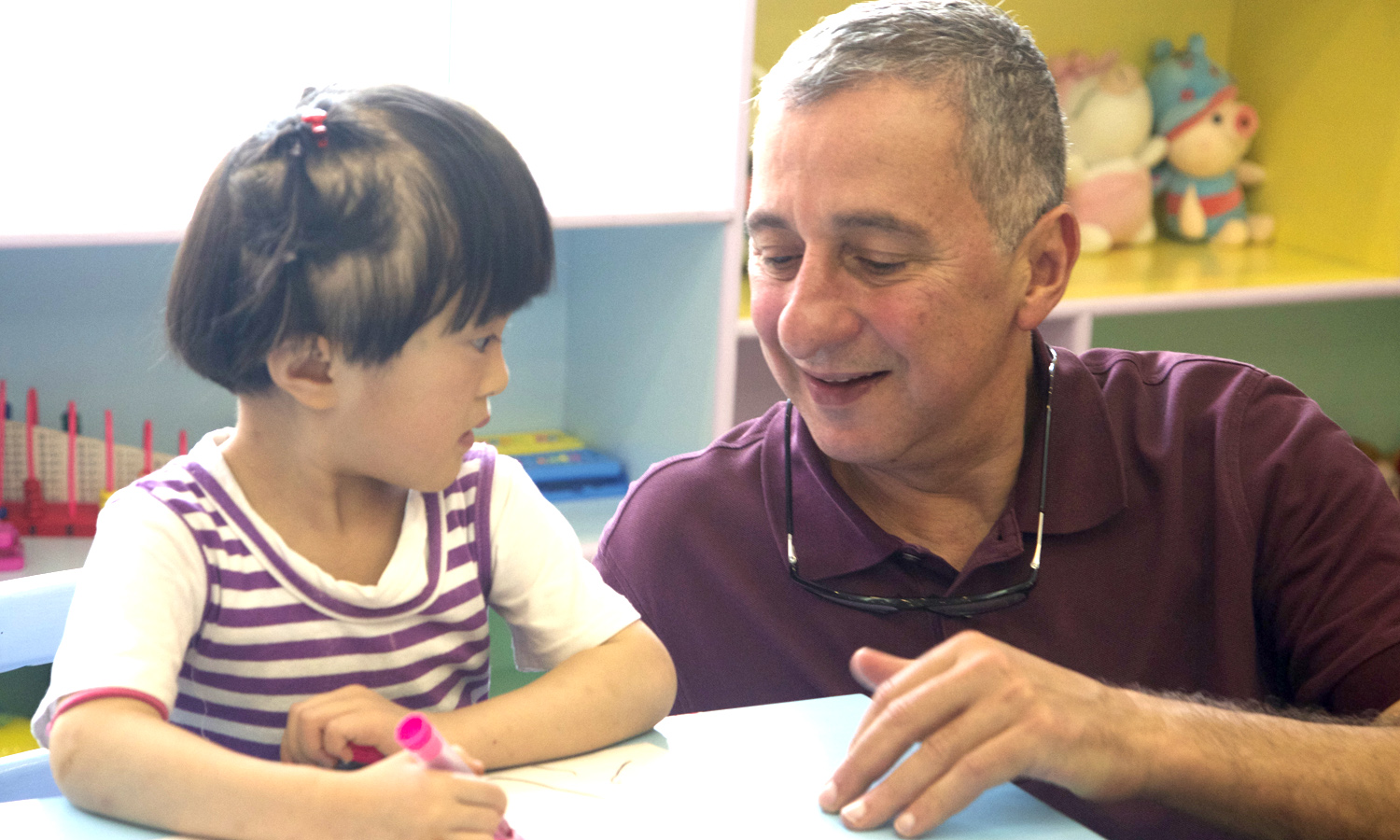 Guy joined Wesfarmers in 2008 as Managing Director of Kmart, and was appointed Chief Executive Officer of the Department Stores division (Kmart Limited/Target Limited) in February 2016. Prior to this, Guy worked for McDonald’s, beginning his career in 1974. He was appointed Managing Director and Chief Executive Officer at McDonald’s Australia from 1999 before becoming President, McDonald’s Greater China from 2005 to 2007. Guy is currently a Senior Advisor to Wesfarmers Limited and was recently appointed Chairman of Guzman y Gomez premium fast casual Mexican restaurants. Guy is a passionate President of global non-profit, OneSky, for orphaned and at risk children.

“I’ll never forget visiting an orphanage for the first time and seeing rows and rows of tiny faces. I am dedicated to helping find funds and friends to bring love to all those children.” During her career at McDonald’s, Deanne served as Senior Vice President, Employee Relations, Training & Development, McDonald’s Australia and advisor in the Asia region for McDonald’s Corporation USA. She holds a Bachelor of Business and a Master of Arts and lives in Melbourne with her husband, Guy and son, Jack. 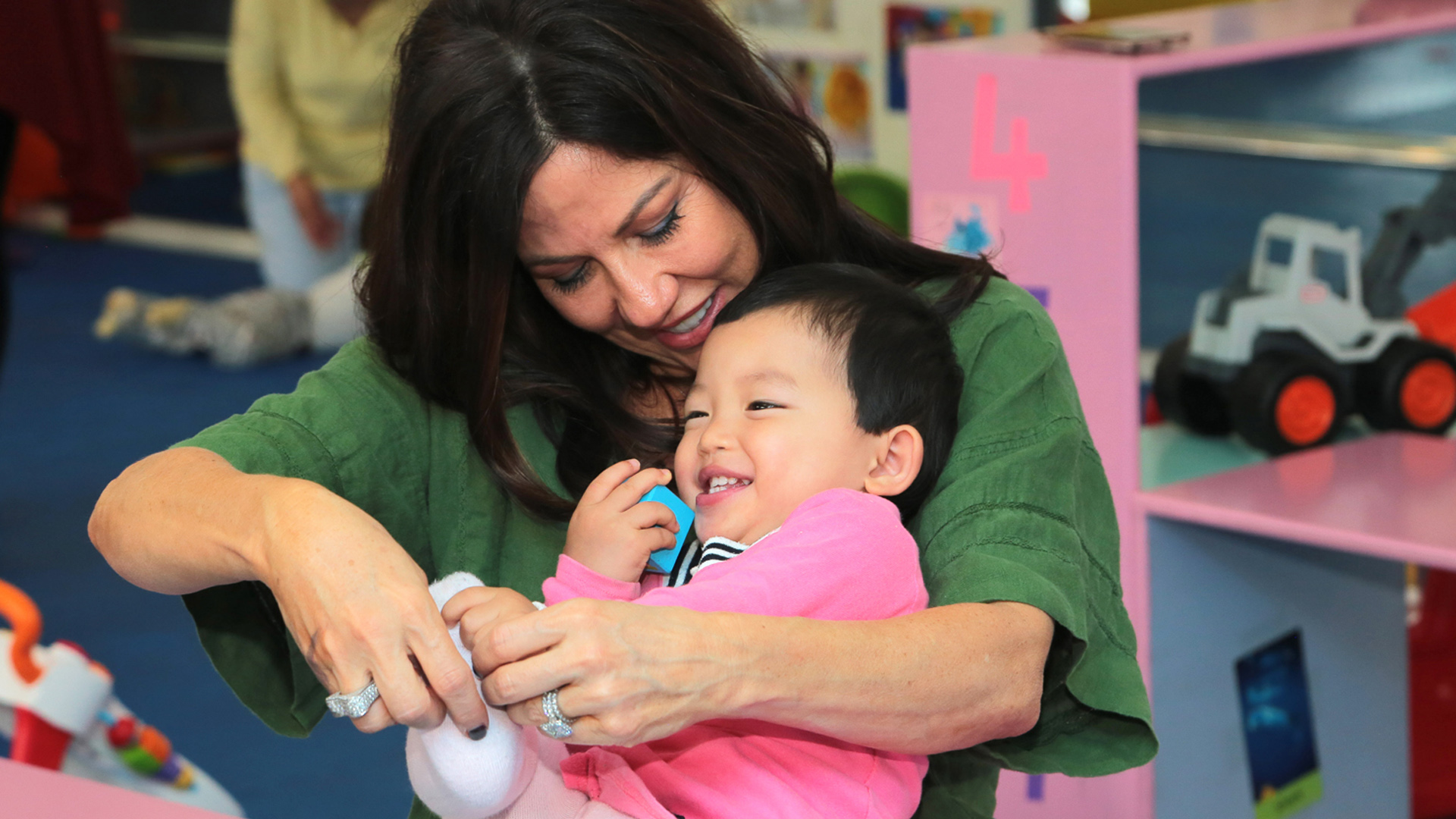 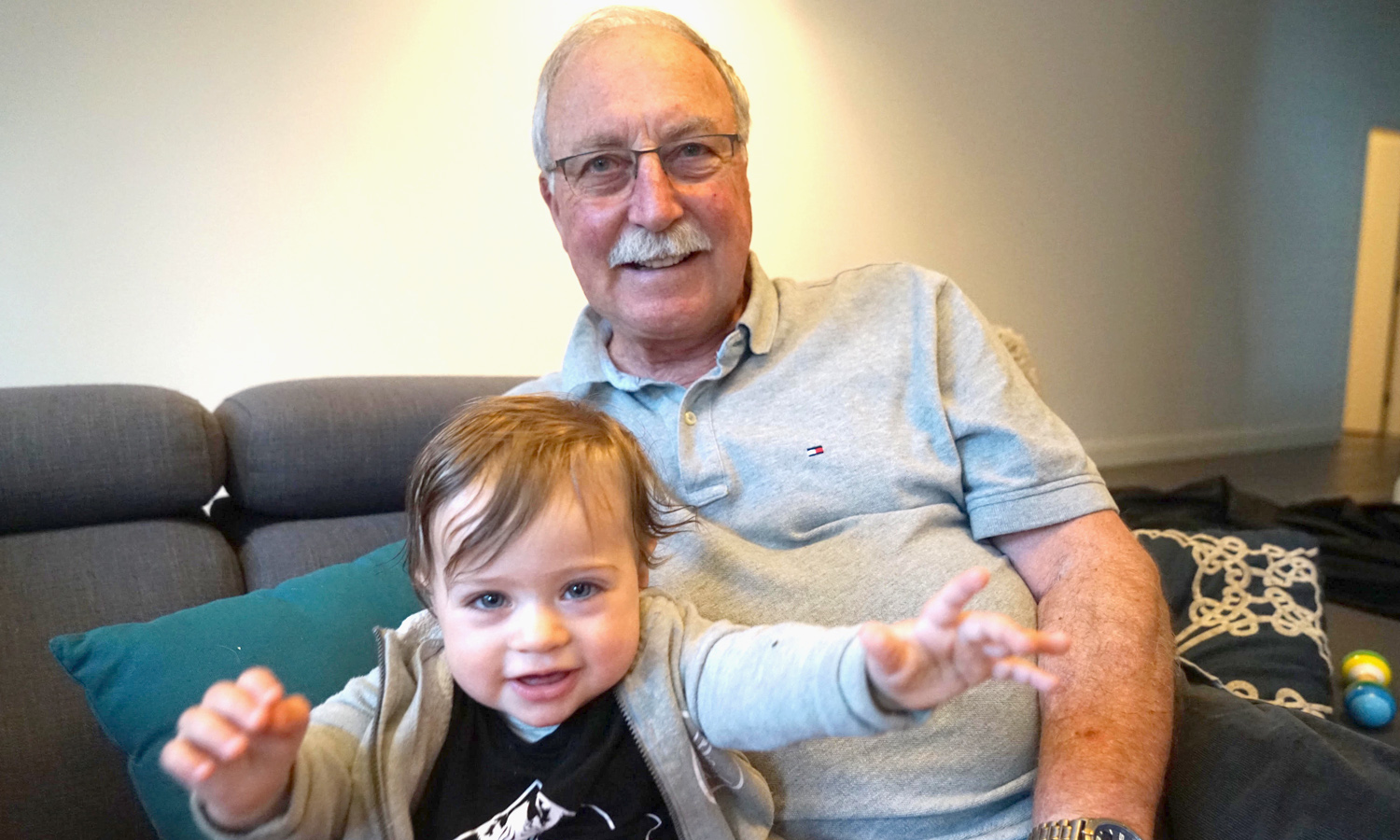 Steve had 21 years executive experience at McDonald’s Australia Ltd, serving as CFO and retiring as Deputy Managing Director in 2005; and remains Director and former Chairman of Ronald McDonald House Charities Australia. Steve has been a director on Australian public company boards, Mortgage Choice Limited and Reverse Corp Limited, and is also a director on private company boards.

Terese has spent 25 years with Ronald McDonald House Charities Australia including as a Director on the national board and Chair of Directors of the Westmead Hospital Ronald McDonald House. Terese also has 15 years experience running a performing arts school, talent agency and record and publishing company. 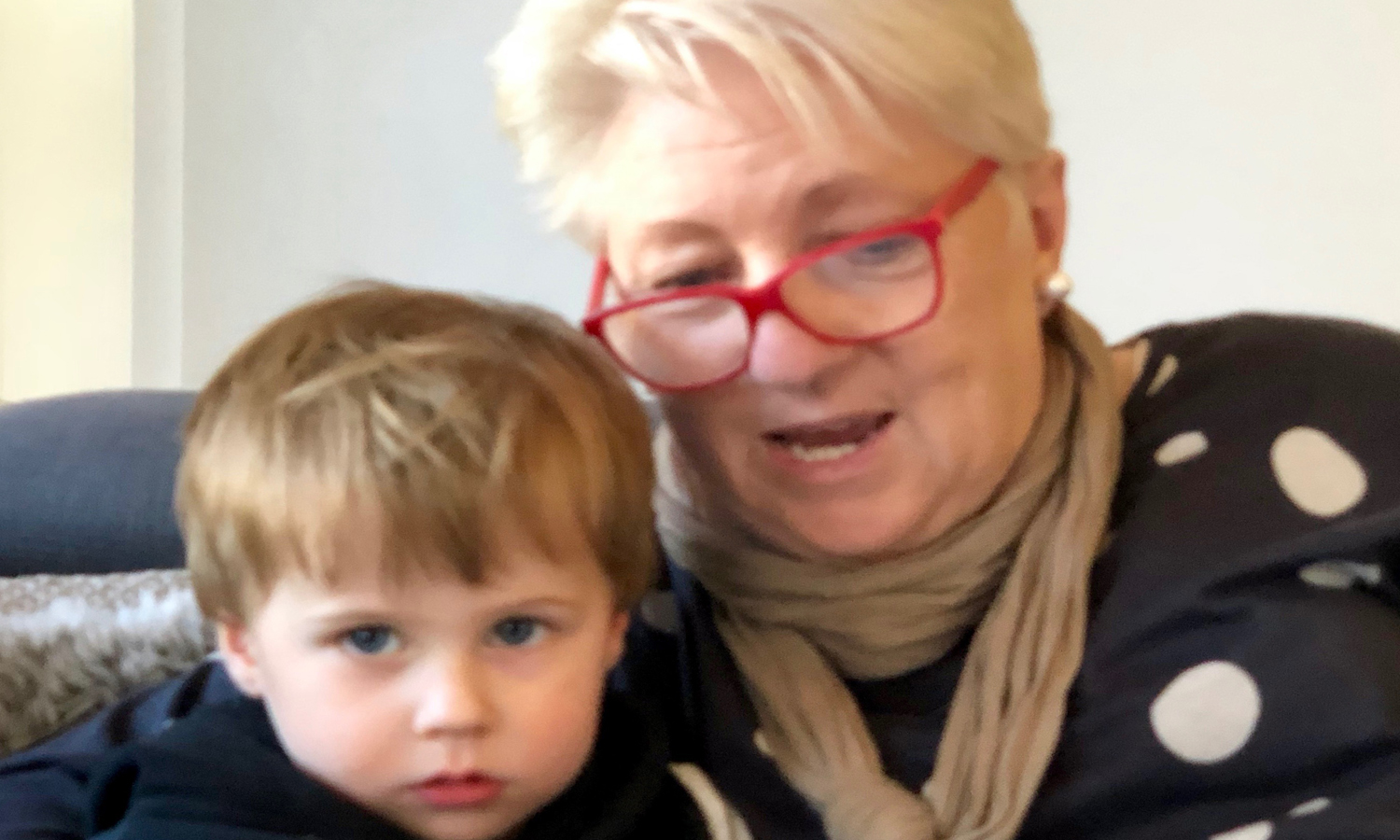 Di is a Partner at Gilbert +Tobin, a leading commercial law firm. Di is recognised as a leader in the field of employment law with a particular interest in diversity and discrimination and is a Director of the Diversity Council of Australia.

Joanne Smith
Director
Joanne is an Associate at Bedford CA, Chartered Accountants, after many years experience in accounting and tax in the small business sector.  Joanne has also worked in the Big 4 and Medium Tier firms in Australia including providing accounting assistance to the non-profit sector. 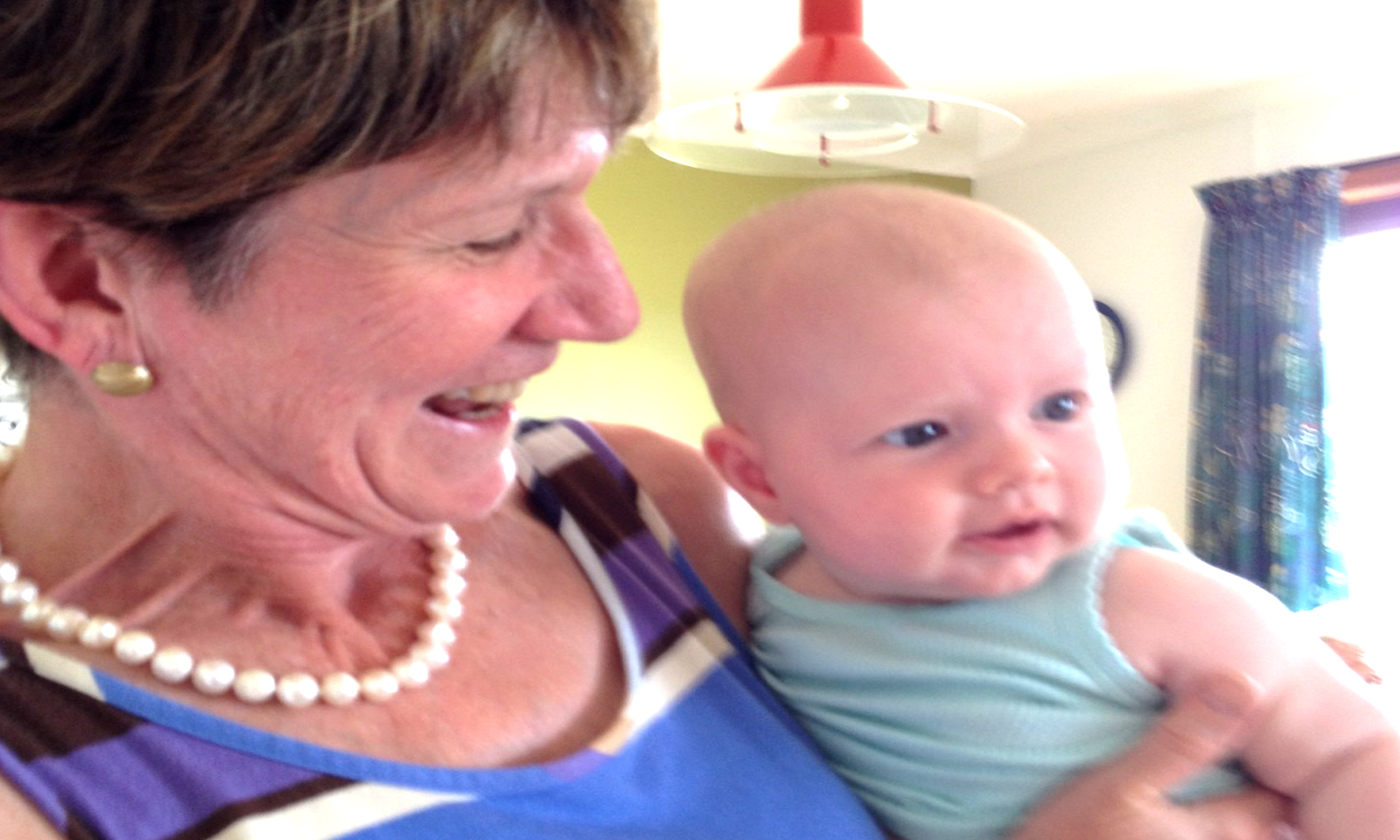 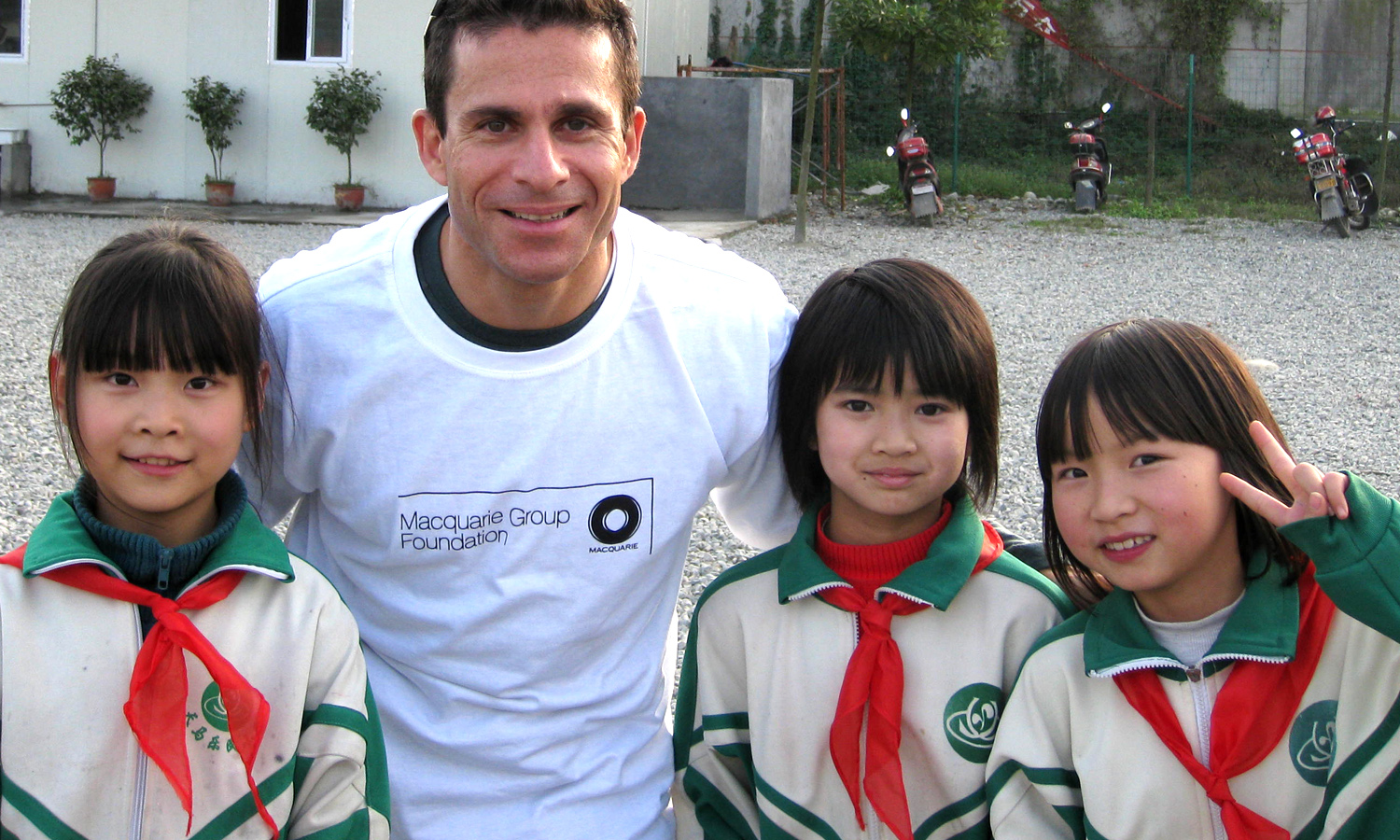 “I believe that success in business and in life comes about when like-minded individuals connect through things they are passionate about, in this instance changing the futures of children and indeed the future that we all share.”  Dan serves as Executive Director of Macquarie Group, a global investment banking and diversified financial services group headquartered in Sydney, where he has worked since 1989.  From 2007 to 2010, Dan relocated with his family to Shanghai, with a primary focus on growing the venture capital business in China. He has more than 20 years’ experience providing venture capital to high growth companies in Australia, Asia, Europe and the US.  Dan currently serves as Director of a number of companies and holds a Bachelor of Business from the University of Technology, Sydney. He is a member of the Institute of Chartered Accountants, Australia (ACA).

James is the Director of Corporate Affairs and Marketing at Alibaba Group (Australia and New Zealand). Prior to joining Alibaba Group, James was the Chief Executive Officer of the Australia China Business Council’s NSW Branch supporting member companies in their trade, investment and business engagement with China. James studied Chinese and economics at the University of London and spent four years living, studying Chinese and working in Beijing. James has been appointed to a number of Advisory Board and Ambassador roles for various organisations including the Asia Education Foundation, the China Australia Millennial Project, AsiaRecon, Asian Football Cup and Austrade’s Approved Destination Status Advisory Panel. James is proficient in Mandarin and a strong advocate for deeper relations and building Asia capability in Australia. 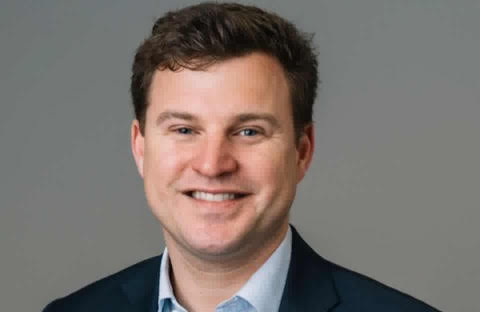 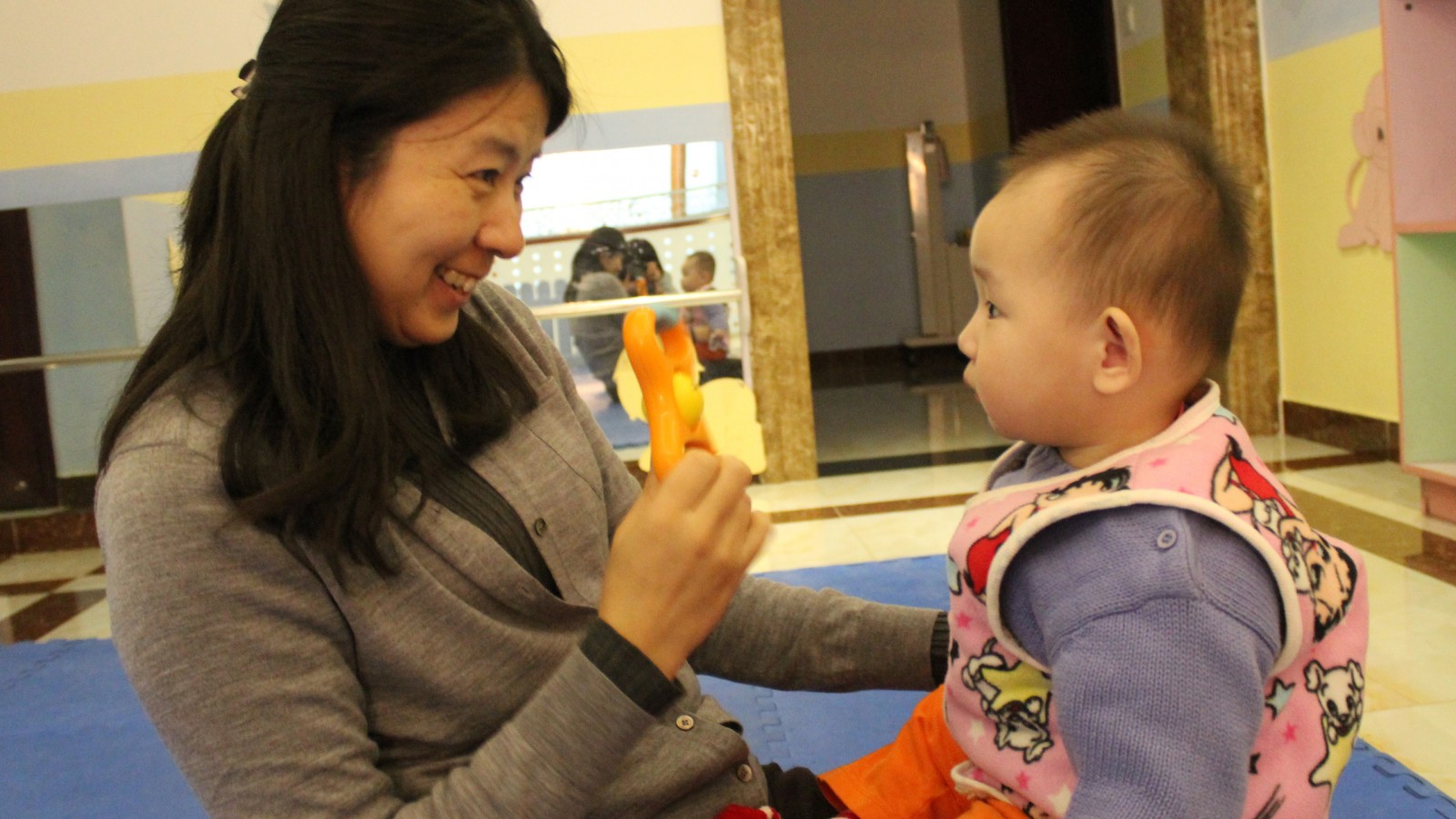 Rachel Xing
Chief Operations Officer, China
“As the mother of a beloved daughter, I feel for orphans in China. I have been to dozens of orphanages where the children’s need for love or even a hug reminds me that we need to do more for them. If I can do one tiny thing to help children smile, I will.” Rachel received her BA and master’s degrees in Mainland China and Hong Kong respectively. She then moved to Canada where she received her second bachelor’s degree, a BS, worked in the telecomm industry, and volunteered for associations that helped new immigrants settle in Canada.
Scroll to top