ChengCheng does not have knee bones. One day, when he was chasing balloons with other children, he was so into the game that he lost his balance. Just as he was about to fall onto the verge of the table, I rushed to him and put my hand on the table so he fell on my hand. Although my hand hurt but I helped him stand on his toes and comforted him first. However, I could not help frown and swing my hand. Chengcheng must have noticed because and he at once took my hand to his mouth and blew it softly, saying, “It is okay. It is okay.” I was touched and also stunned by Chengcheng’s care and understanding of other people.

ChengCheng is a very clever boy. He is also very attentive and easily involved. One day the children were playing house. First they were pretending as they were cooking. When they finished cooking and began to pretending eating, I noticed that Chengcheng holding a doll in his arms and using a small spoon feeding food to the doll. How adorable he is! 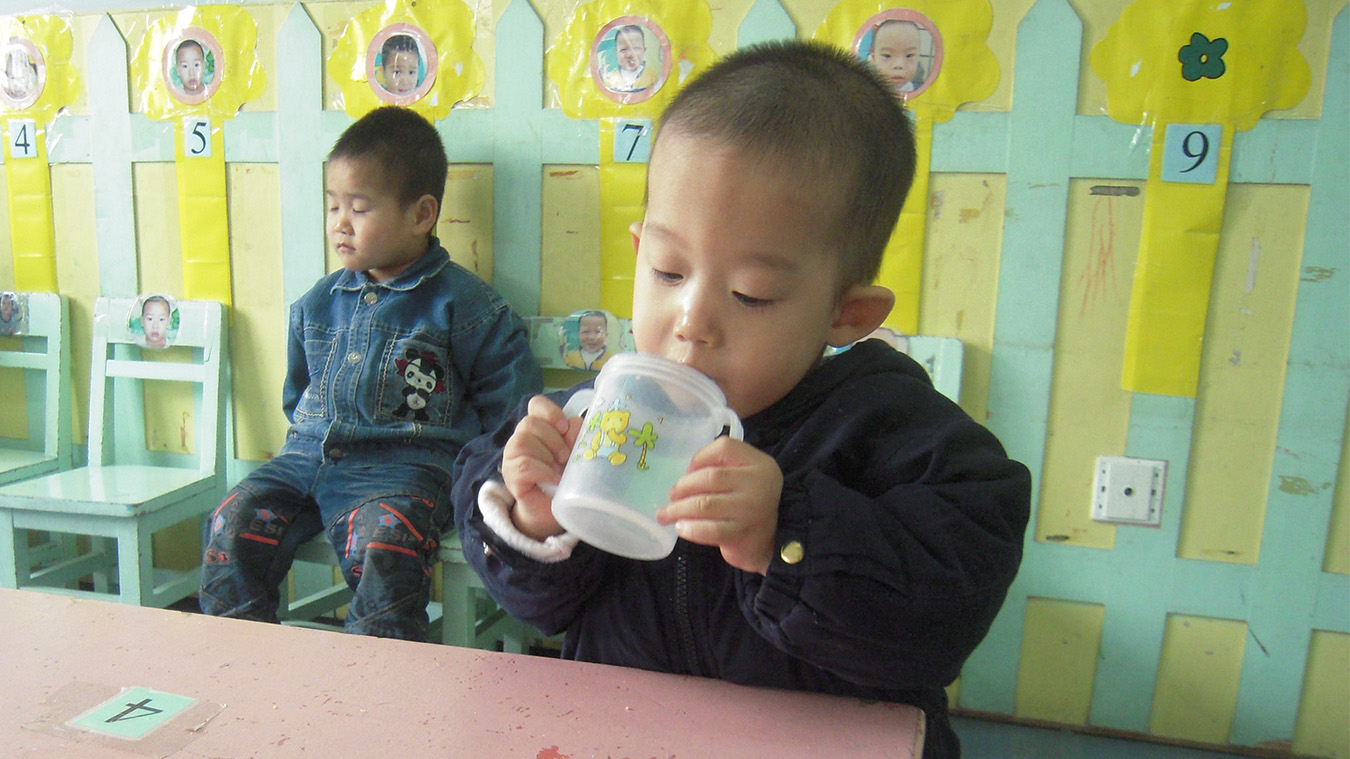