One humid June evening in a small-town hospital,

in southern China, a girl came into the world. This was supposed to be a happy event and a natural birth, but instead there was an emergency Caesarean section when the doctor discovered a severe birth defect. Instead of being curled in the fetal position, the baby’s legs were horribly out of place, one on each side of her body, and her feet and hands were twisted as well. The shaken doctor confessed he had never seen this rare birth defect, athrogryposis (“curved joints”). 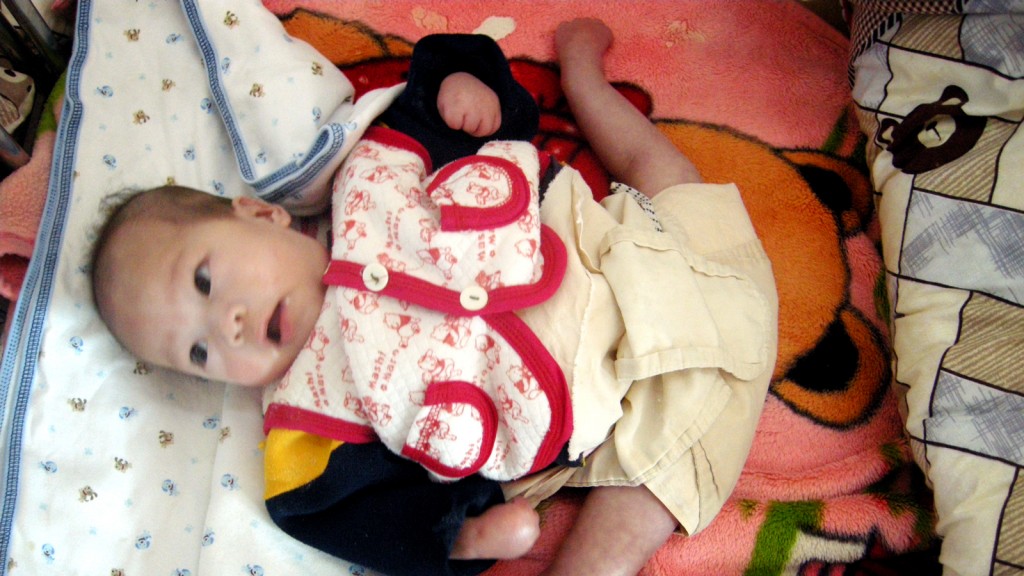 The baby girl’s parents quickly vanished. The child was put aside in a corner of the hospital hallway, the place for newborns who are not expected to survive. But authorities brought her to the local orphanage where she was given the name Anjing, (“quiet”) because despite her extraordinary health challenges and despite the fact that she had been rejected, from the start she was never a complainer. Anjing was a quiet baby who stared out at her new, inhospitable world as if she were trying to figure out how to survive in it. 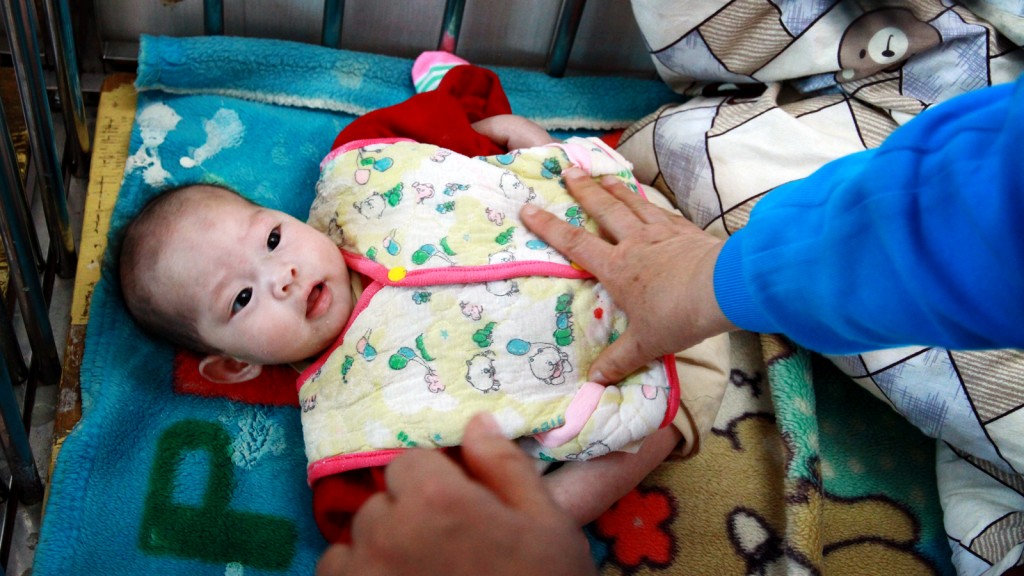 Then one day Guo Yushao, a lovely woman Anjing had never met, came to her crib. Anjing looked heartbreakingly helpless with her split legs frozen in a “v.” And yes quiet, but Guo was also immediately struck by Anjing’s smile, a smile she saw as a sign of Anjing’s resilience. Guo touched Anjing’s misplaced legs gently, returned Anjing’s smile with a huge one of her own and whispered: “I will take care of you, my quiet, sunshine girl.” 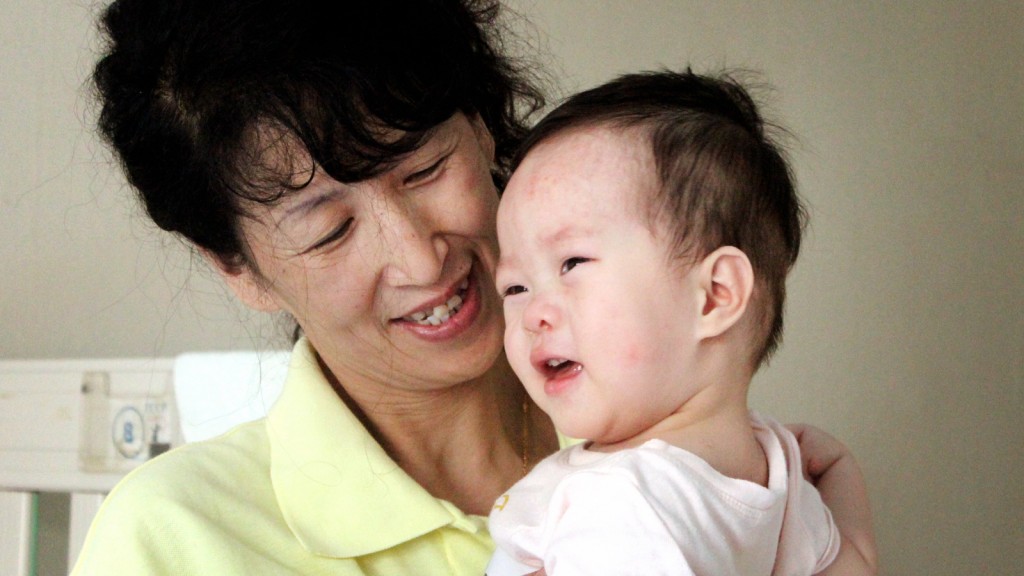 Guo was Anjing’s new OneSky nanny, who had been trained to avoid the limited expectations that come with children’s medical diagnoses. But soft-hearted Guo hardly needed to be reminded to approach each child with an open heart. Like enamored moms everywhere, Guo talked, hugged and smiled her way into Anjing’s heart.

Soon they were both celebrating Anjing’s developmental milestones. Anjing learned to raise her head when lying on her stomach and was quite proud of herself when she did. Then she learned to grab small toys from a shelf and it was hard to say who was more elated, Anjing or Guo.

Anjing discovered that some of the toys she grabbed made noise so she started making some of her own. The louder a toy’s sound, the more joyously she erupted in giggles, infectious baby giggles that quickly spread to her adult nanny. 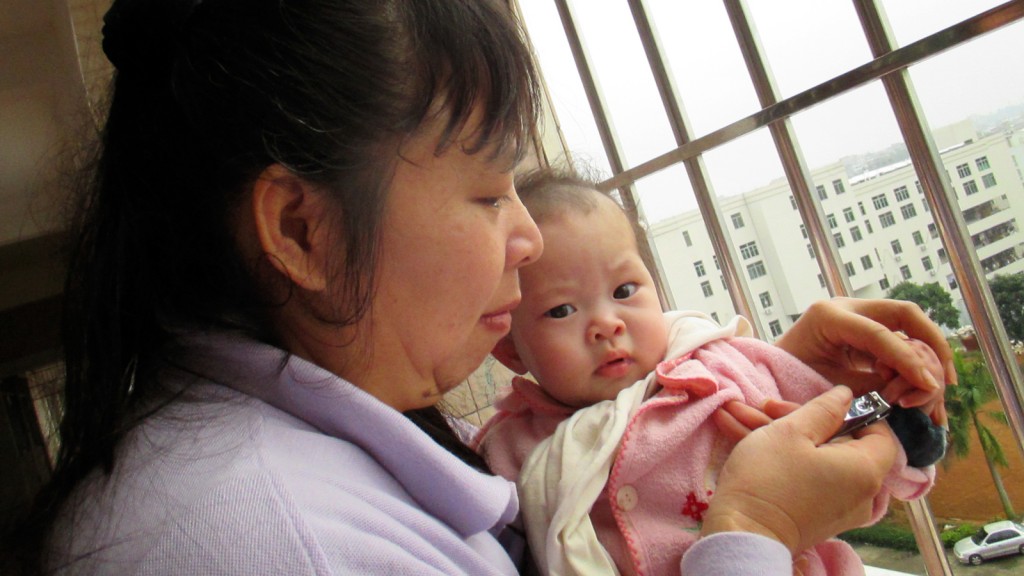 Guo always knew that one day she and Anjing would be separated because the orphanage was arranging specialized medical treatment for her through OneSky’s Chunhui China Care Home in Beijing. She also knew that the more closely she bonded with Anjing the harder that separation would be, but she held nothing back because she loved her precious child. Then one Friday in June after five months of caring for her, Guo put Anjing in her crib as usual and went home for the weekend.

When she went back to work on Monday, Anjing’s crib was empty! With tears in her eyes, Guo stared and stared. She hadn’t expected the baby’s trip to Beijing to come so soon. She hadn’t expected not to be able to say goodbye. Then Guo roused herself and went to the playroom where she saw toddling, happy babies. Suddenly, Guo felt bittersweet hope because she wanted Anjing to have the chance to walk and she knew that treatment in Beijing was the only way she would ever have that chance.

Yutong, the Artist-3
Scroll to top