In early 2014, OneSky brought its model

for transforming orphan care in institutions to the children of Huazhou. Even before the 10-day introductory training was over, small miracles begin to occur—especially among the newest participants in OneSky’s Infant Nurture Program. Babies win the resiliency prize. They are wired for love. As soon as they can trust that one caring human will come when they cry, take care of their simple needs, comfort their tears, life is sweet. Our new nannies are often instantly rewarded for their cuddles and tickles and soothing lullabies with adoring looks and happy smiles.

The miracles come more slowly for those babies who are most fragile, most deeply traumatized. In Huazhou, orphanage staff told newly trained nanny, Xiamei, that she would see no miracles for the little girl named Juanjuan. 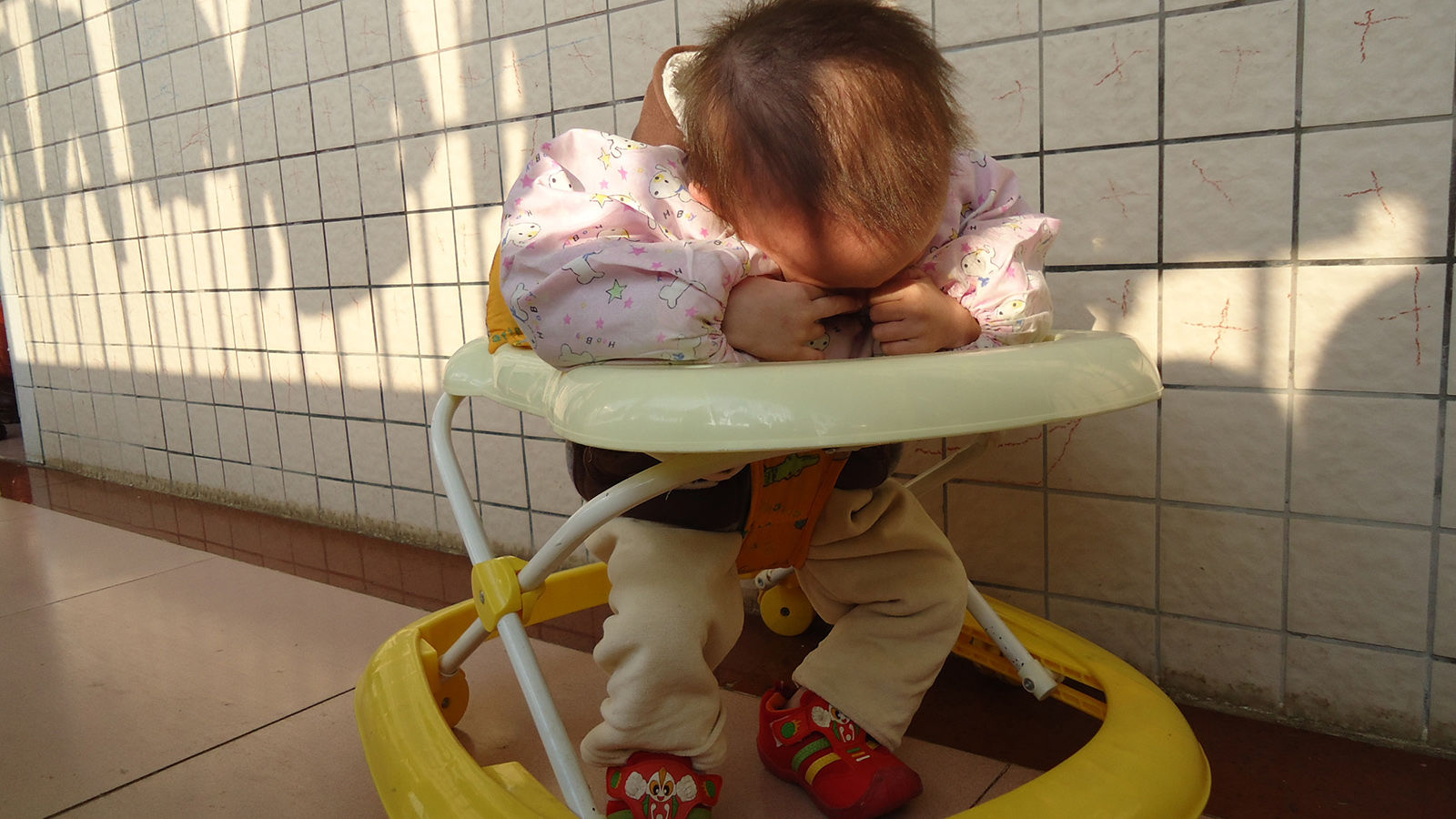 “They told me that a family from Spain came to adopt her when she was just a few months old. She never stopped crying and she would never look at them or respond to any toys. The family said she was autistic and they brought her back to the orphanage. Since then, more than two years, she is by herself all day in the walker. She stops growing. She is three years old now and still the size of a baby. Teacher Li asked me if I wanted to try to help Juanjuan. If yes, she would give me guidance. I feel in my heart I want to help this girl. Teacher Li said she believes that Juanjuan just needs a chance to know loving care. She said she totally understands why Juanjuan is like this. From our OneSky training, I think I understand a little bit too. 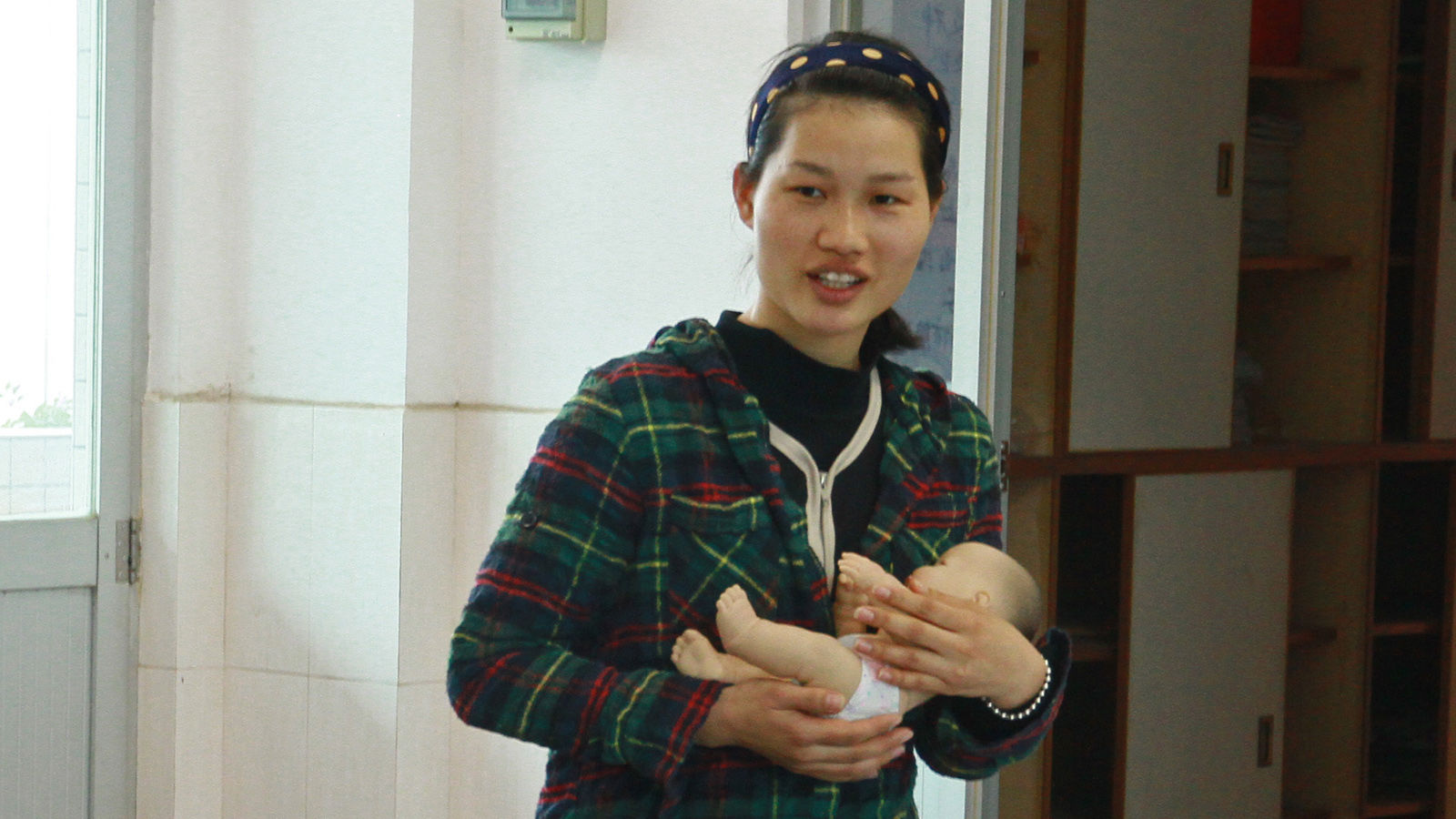 “I knelt down and softly called Juanjuan’s name, but she had no response. I used a toy to try to get her attention, but she lowered her head even more. I know it will take time for her to feel attached to me and to trust me.

“I carried her to the Infant Nurture room. She was stiff in my arms, not like a baby. I tried to sit her on the floor, but she could not keep herself balanced because she has been in a baby walker for a long time. As much as I could, I kept my body in close contact with hers for the first days. 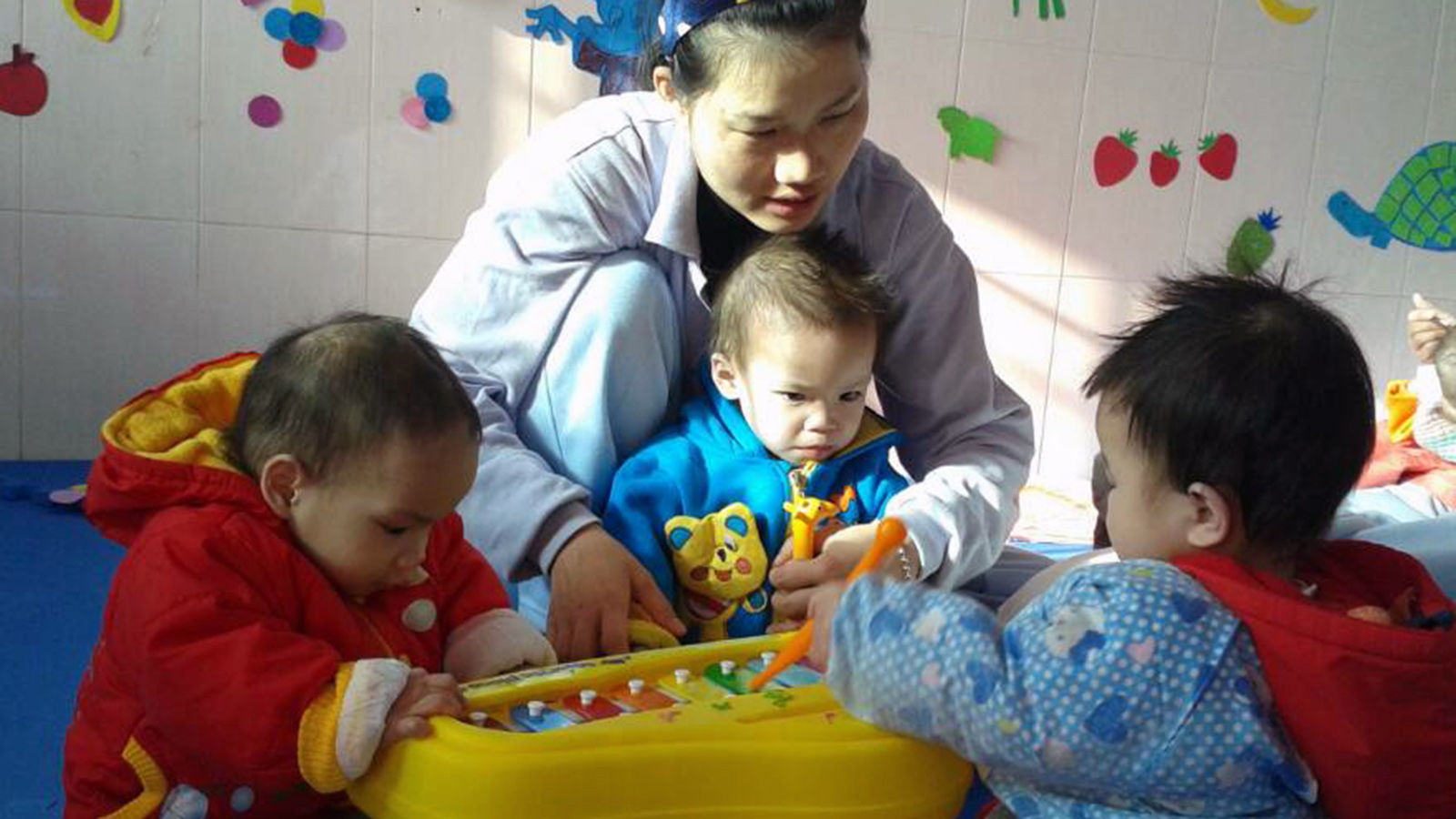 “From time to time, I moved her to another position so she could learn it is good to try new things. I did this for two days, observing her. Then I put a toy beside her to see if she can change the position herself. I was so happy when she reached for it and began to explore the floor!” 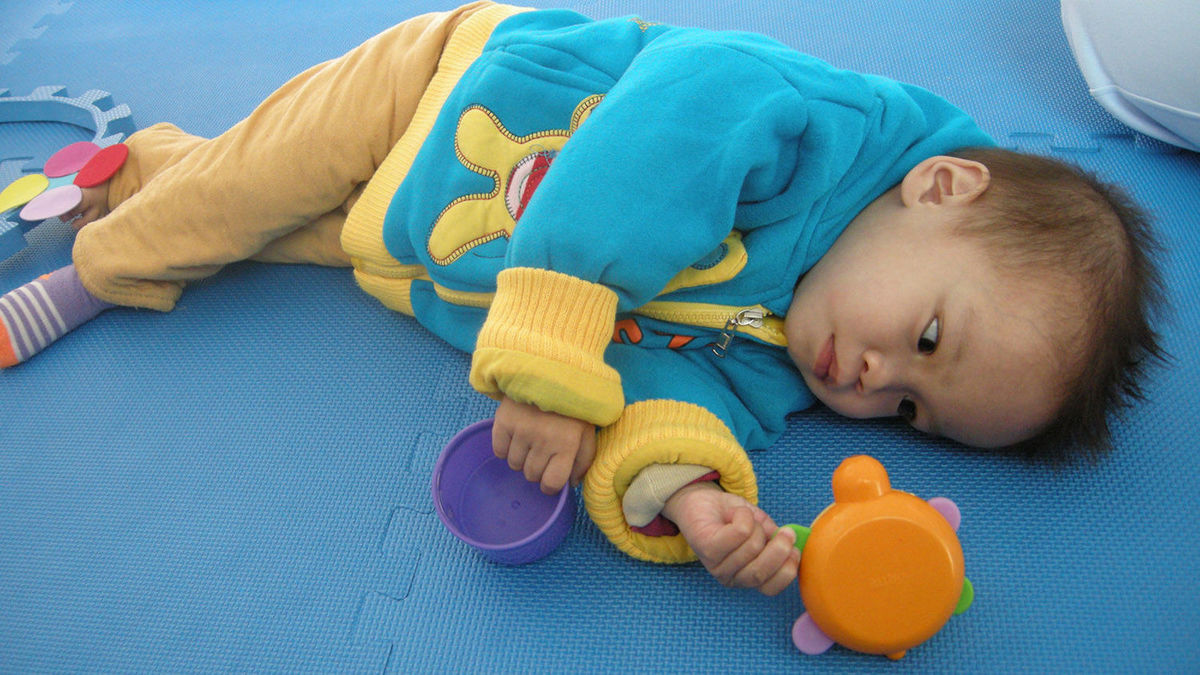 “Three days later, something wonderful happened. Juanjuan put her little hands in mine and pulled herself up! She was standing … and then she came into my arms. Tears came in my eyes!” 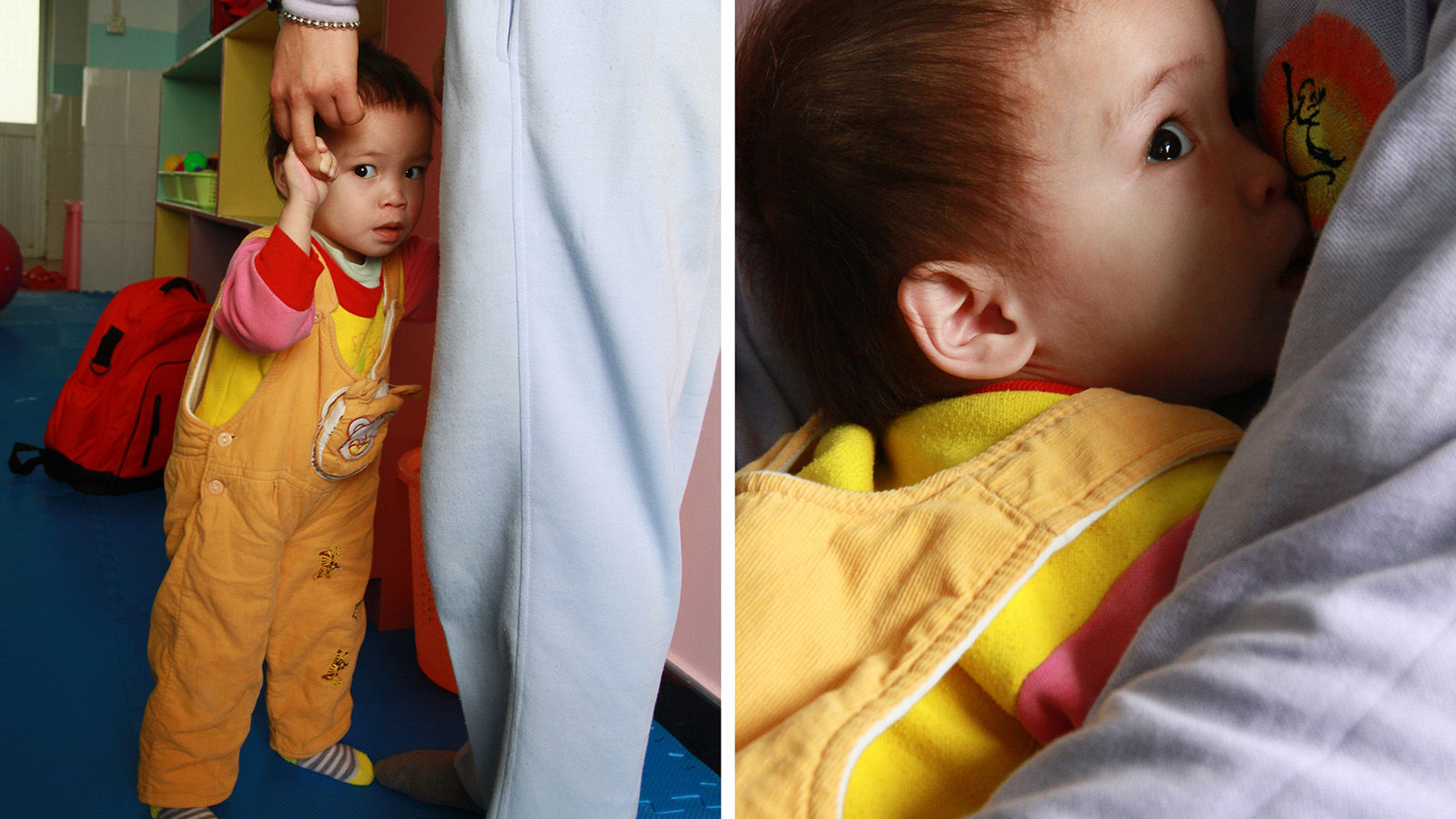 The next day Xiamei celebrated Juanjuan’s progress by giving her a taste of an orange. Juanjuan had never tasted solid food, let alone fresh fruit. She held the tiny bit of orange in her mouth, afraid to swallow. And when she finally swallowed, the first miracle happened. Juanjuan smiled. 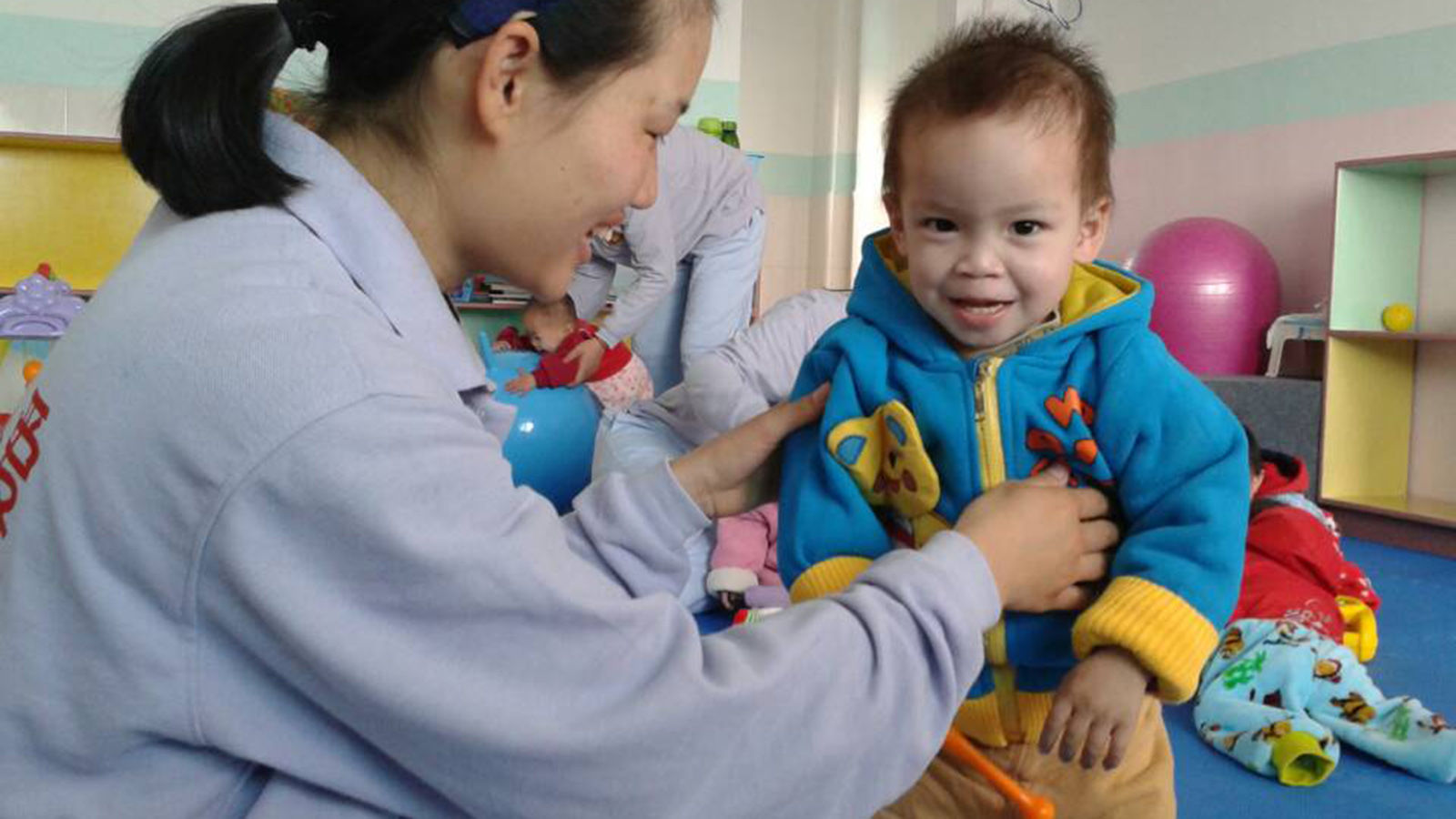 Since that day, thanks to the unstoppable power of loving care, the miracles have been coming steadily for Juanjuan. In just the first two years, it is easy to see why we at OneSky believe that every single child has potential. Some just need a second chance. 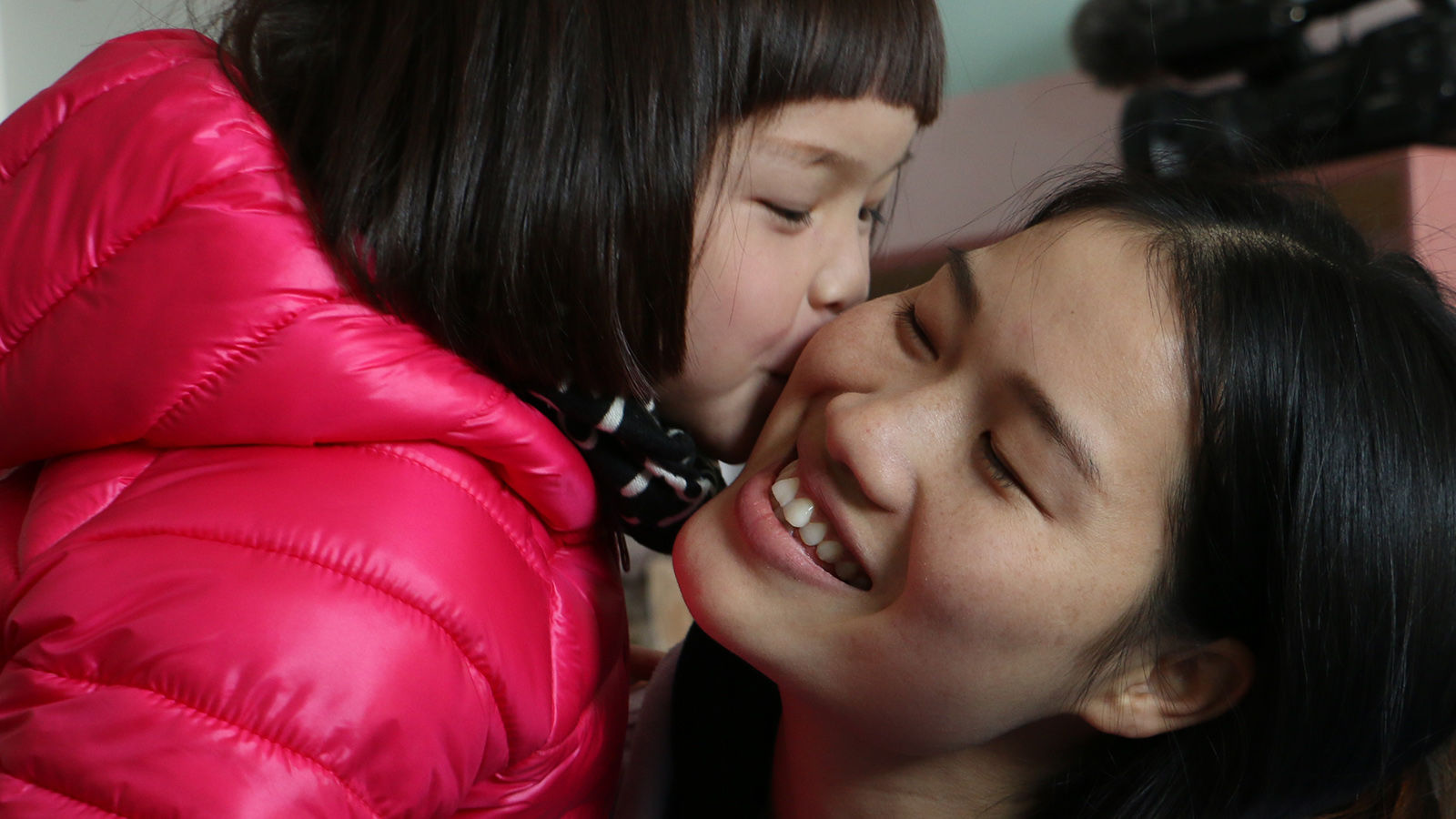 Juanjuan and Nanny Xiamei in early 2016 – just 2 years after they met!

For Each, A Beautiful Childhood
Scroll to top