When I first saw MingJian he was three years old and had just joined a Half the Sky preschool class.

He was playing alone quietly in a corner and when I called his name, he did not respond. I then learned that Mingjian couldn’t hear anything. I felt so sad for him and wondered if there was anything we could do to help him experience the world of sounds.

That goal turned out to be much harder than I thought it would be. At the beginning, I had no idea how to help him. But as I interacted closely with him, I noticed that MingJian did seem to be able to hear some sounds. Finally, I realized that MingJian can hear a little with his left ear. 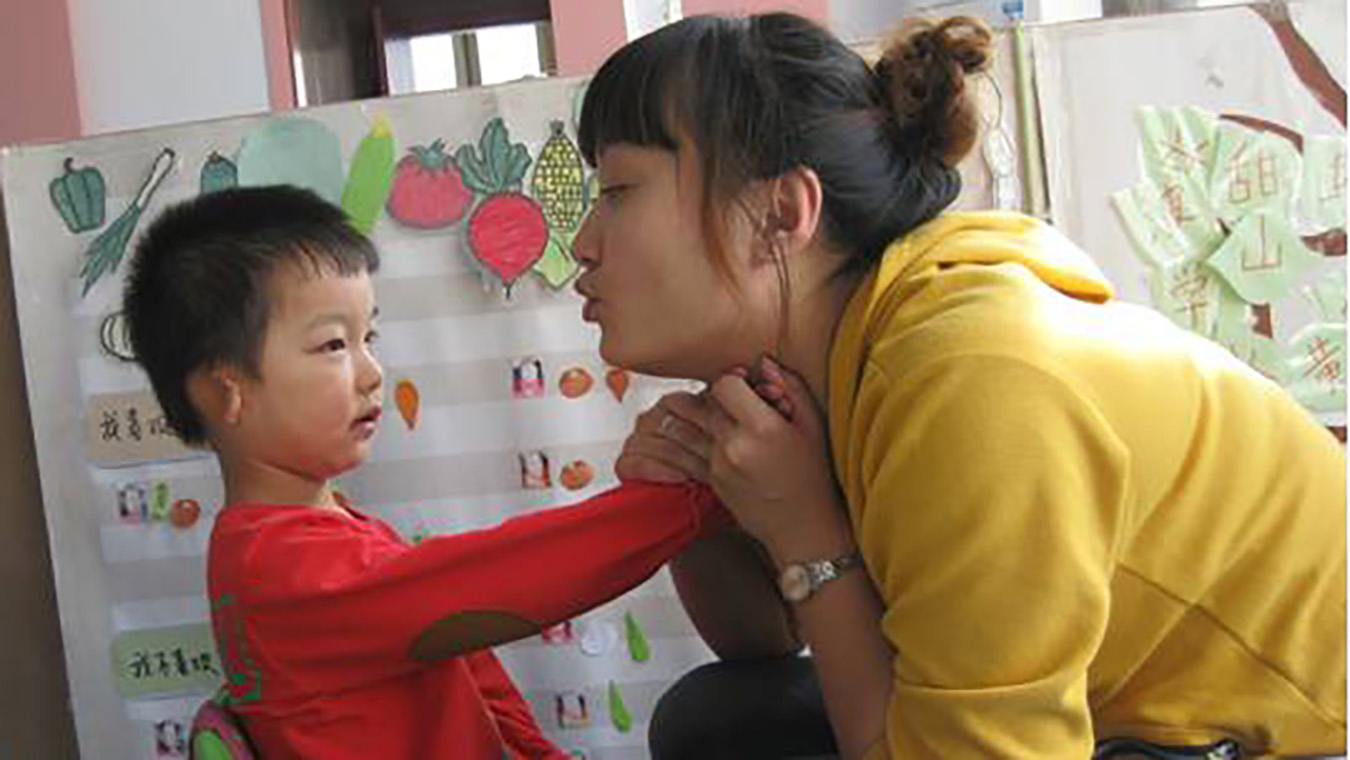 All the teachers were thrilled by that discovery and we started strategizing about ways to help MingJian experience more sound in his life.

The first thing we did was organize an activity that involved many kinds of musical instruments. When we beat the drum, all the children covered their ears except MingJian. He looked puzzled, so I explained to him that the drum was making the sound. I also asked him to try beating the drum. I placed an orange peel on the drum so every time MingJian beat it, the peel would bounce up and down. MingJian found that very interesting and kept beating the drum for a long time.

Later he tried other musical instruments and listened to their sounds too. 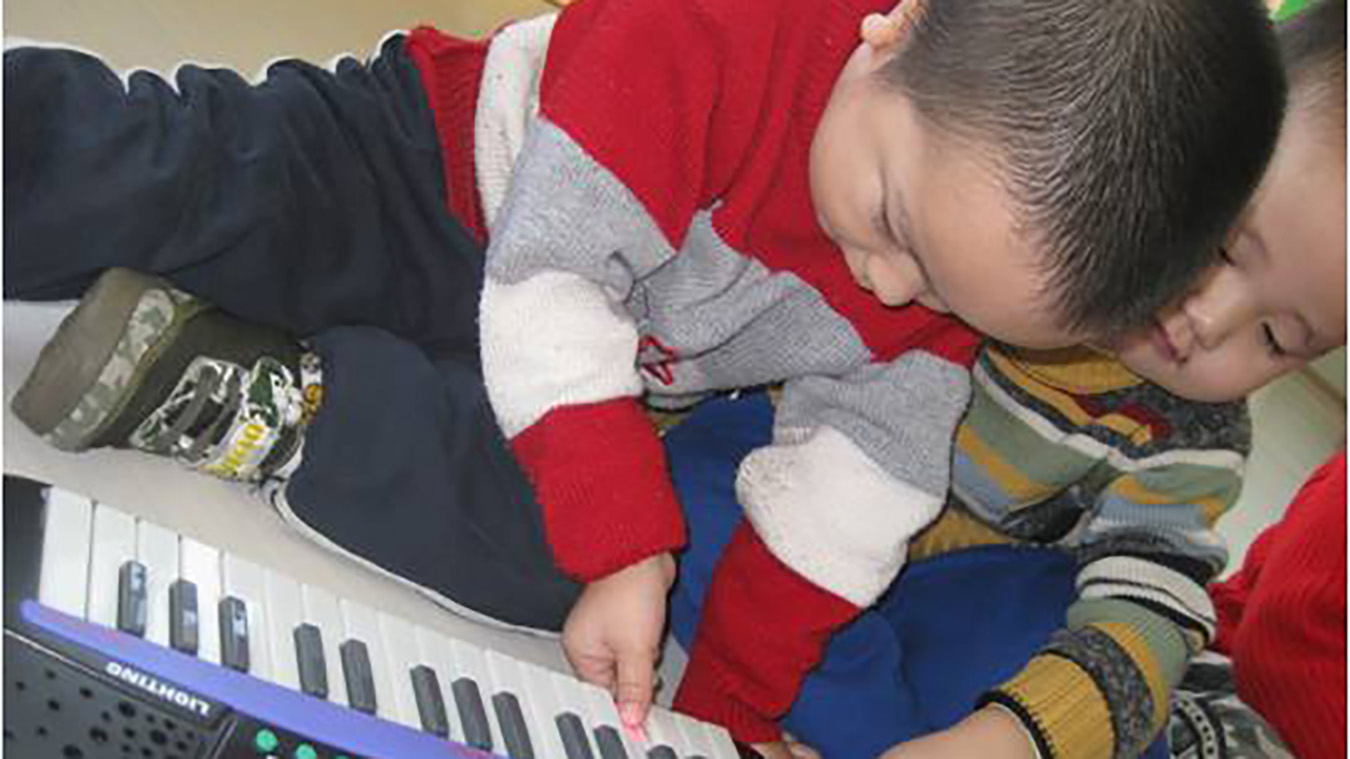 I knew we had successfully managed to get his full attention because from then on, every time we would pat him on his shoulder, he would stop what he was doing and listen to us carefully.

Next we worked on helping MingJian pronounce words. One day we tried to have all the children imitate the sounds of animals.

Another day I saw MingJian playing with the light switch–he was fascinated that the light kept going off and on. I said, “Light, on, light off.” Immediately, MingJian repeated, “Light on, light off.” MingJian learns very fast when it’s something he’s interested in! 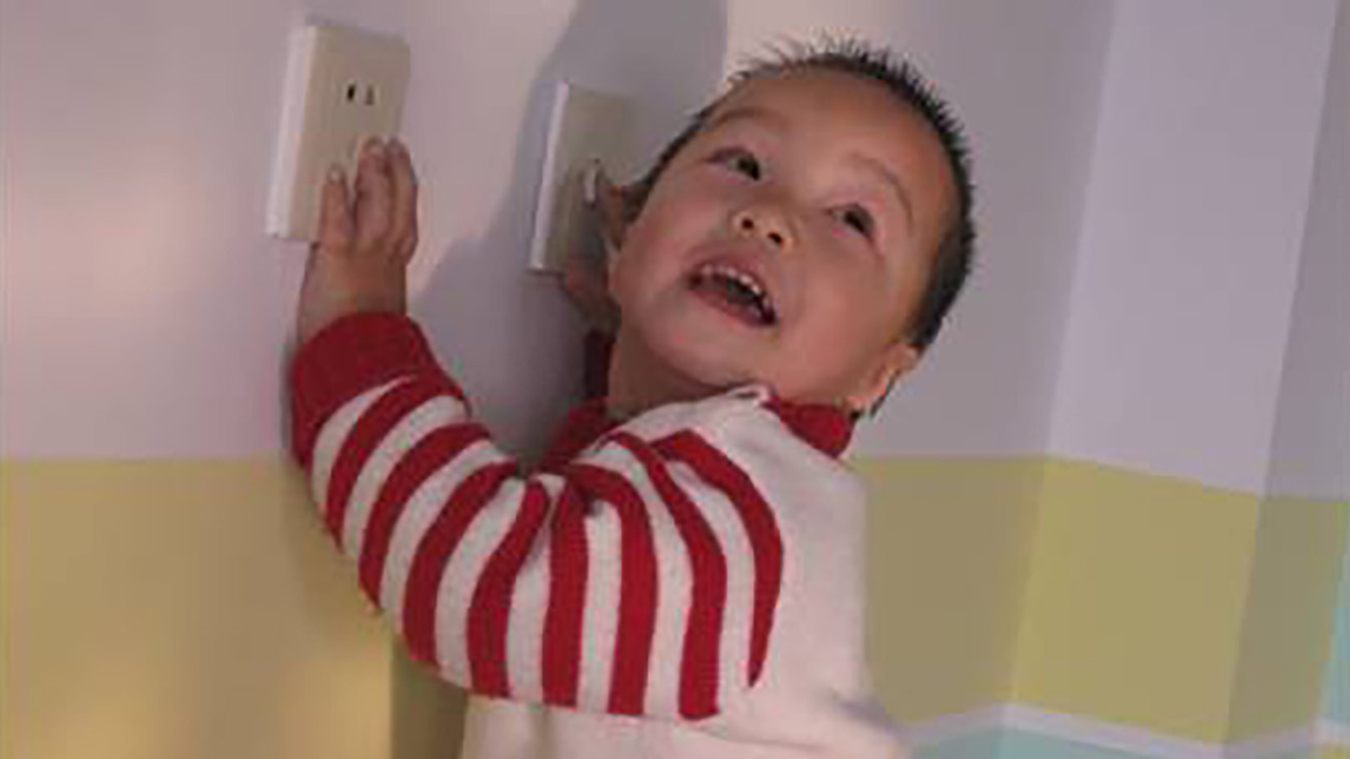 Now MingJian has a richer vocabulary. He can even tell stories and he likes communicating with the teachers and other children.

It is so gratifying to me that we have been able to help MingJian discover his new world of sounds.