It was June of 2011, Children at school were studying hard for the final exam.

Three directors from Chongqing Children’s Welfare Institution took TangJie, who was a Grade One pupil, to FV No. 15th Family. The foster mother’s name was Wen HuiLan. Tang Jie was very “famous” then-stole things, fought with other children, made trouble in class and was always ranked no.1 in class, counted from the bottom. Mother Wen review Tang Jie’s study status and discovered that Tang Jie rarely could spell with PinYin, let alone characters. He could not calculate with numbers more than 10. Mother Wen felt the burden and difficulties. In order to at least pass the coming final exam, Father Chen YuanGui bought exercise books from book store for Tang Jie to practice, what was more, he also asked Tang Jie to recite them. Tang Jie was very slow at doing exercise. It took Father Chen to explain several times before he can finish one. Mother Wen told to herself that she needed to be patient because she did not want to frighten Tang Jie and make him disinterest in study. Mother Wen spent every night sitting beside Tang Jie, supervising him to finish homework, often till 10 p.m, sometimes even later. After nearly 20 days, Tang Jie passed the exams. This time, he was not the last one in the class.

Mother Wen made a very detailed and strict summer vacation= schedule for TangJie. It included not only daily routine but also the lessons of Grade One, from basic PinYin, one by one, to recite, dictation. Everyday when he completed according to the schedule, Mother Wen would praise TangJie, “My son has done such a good job! Mom will take you to YangRen Street on Sunday or This bag of potato chips is the award for your well behavior!” For the whole two months, Tang Jie’s progress was marvelous. He could recite every article in the text book and could make sentences with every new word. Dad helped Tang Jie to catch up with Maths. At first, calculating with fingers took a whole week’s time. Later, Dad asked him to do every math calculation without fingers; for application question, Dad used candies or fruits, things that help Tang Jie to understand and accept more easily. In this way, the mistakes Tang Jie made became fewer and fewer and he solved the problems faster and faster. Father Chen said, “Tang Jie can now take the initiative to do homework. I don’t need to sit by him. When he finishes, he will ask us to review. This is the best part of progress!” 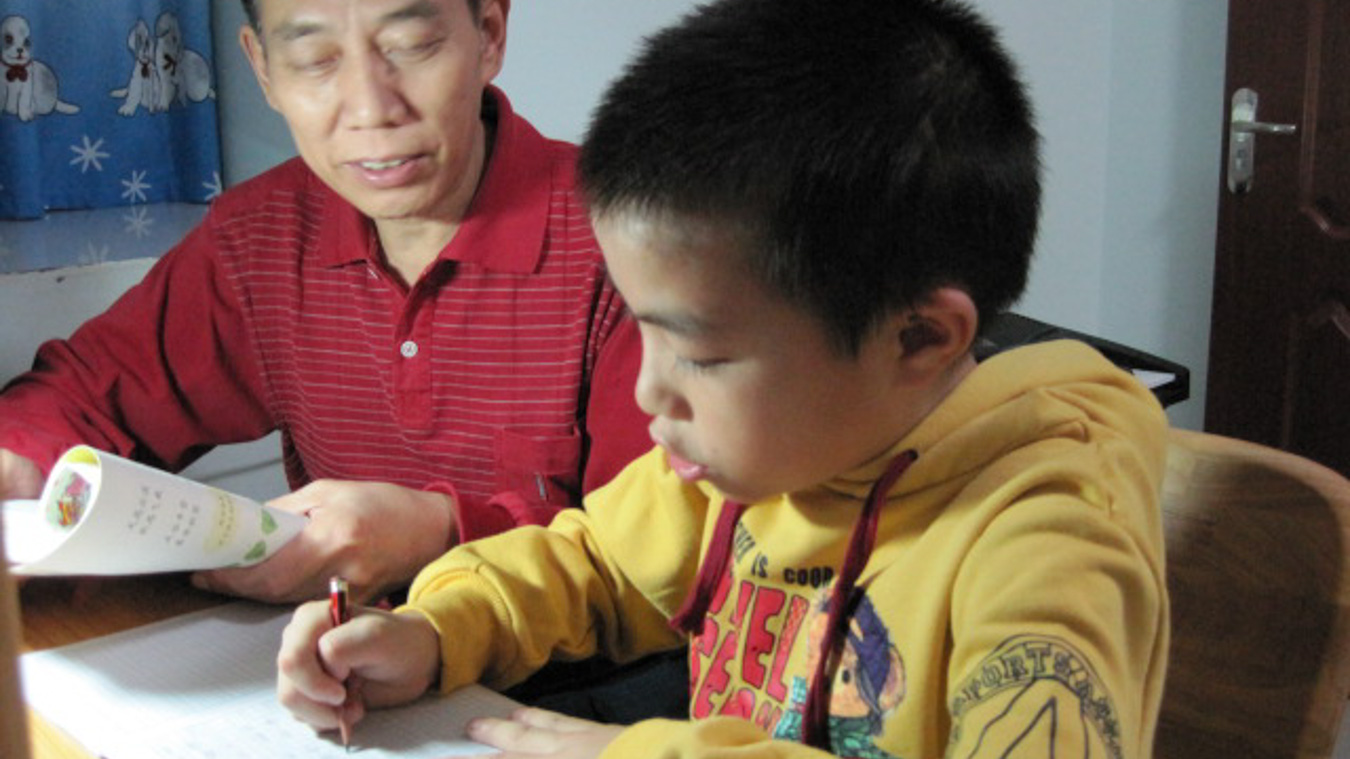 Besides study, Mother Wen often takes the children to the book store and she will buy whatever books that Tang Jie is interested in. She also takes them to the parks. Tang Jie likes going to the park very much. He often says, “Mom, it is the first time I have been here. I am so happy!” Mother Wen promised that if he behaved as a good boy and studied hard, she would take him to the parks every weekend. This motivation worked very well. Tang Jie got rid of many of his bad habits and studied even harder. One day, Mother Wen took Yu XiNan and Tang Jie to the piano class. Tang Jie showed strong interest in piano and Mother Wen at once paid fee for Tang Jie. She took the two to the piano class twice a week and she took notes during the class so that back home at night she could help the children to review again. Tang Jie made progress in playing the piano very quickly. When the semester was over, Tang Jie won the first prize for performance competition and was invited to attend the performance in the block New Year Evening. When the new semester started, Mother Wen often talked to Tang Jie’s teacher so as to know about his behavior and study. The teacher often sent to Wen some short messages about Tang Jie, such as “Tang Jie has made obvious progress. He took the initiative to read books when he arrived at school and was very concentrate and active during class. He rarely made any mistakes in his homework.” Or “Tang Jie has made a birthday card for the teacher today. He was such a good boy.” “Tang Jie was elected as our commissary in charge of physical labor.” All these messages were written down by Mother Chen on Tang Jie’s notebook as an encouragement and compliment. Tang Jie was no longer stealing things. One day the teacher asked him why he would not take others’ things and he said, “I will not do that again. My ruler was missing one day and I was so sad. If I stole others’, they will feel the same way.”

Mother Chen made a second copy of every test paper from school, for Tang Jie to review in the future. When midterm or final exam drew near, she would take them out and ask Tang Jie to do them again. Tang Jie was no longer what he was before. This final exam, his Chinese scored 96; Math, due to his carelessness, omitted a page, but still got 78. Mother Chen asked for another copy of the Math test paper from the teacher and Tang Jie did it again. This time he got 98. Tang Jie was the representative for the children who had made obvious progress at the end of the semester. He said, “Before I had Mother Wen, I refused to do any homework and even I cheated in the exam, I would not pass it. I want to thank my mom and my dad, it was them who cultivated my interest in learning. I also want to thank my teacher, who together with my parents, had given me a lot of encouragement and made me feel confident of my own.” When Tang Jie waked down the podium, many attending parents praised him and said he was their children’s idol. Now, Tang Jie had truly become the star in the school!

Even the Apples That Night Tasted Sweeter

Step By Step
Scroll to top