We are thrilled to report that in November 2014, we extended our Changsha Project to include the first Seed Centre in Hunan Province at the Xiangtan Children’s Welfare Institution. 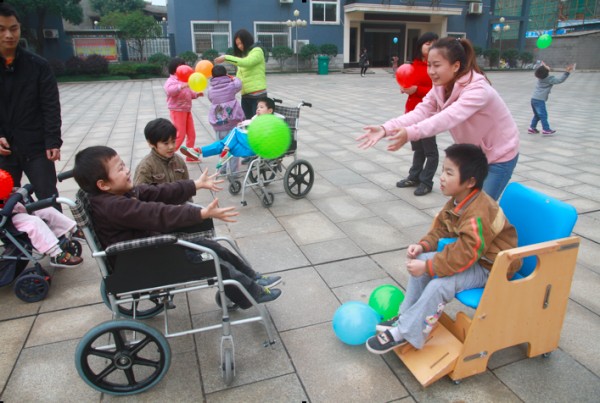 Xiangtan is a small orphanage determined to provide all its children, including those with special needs, with the proper education and support they need to thrive.

Under the leadership of Director Li, the institution expressed the desire to upgrade its “outdated” programs with Half the Sky-inspired ones.

Over the course of 10 days, Half the Sky helped transform the space at Xiangtan and train its staff. 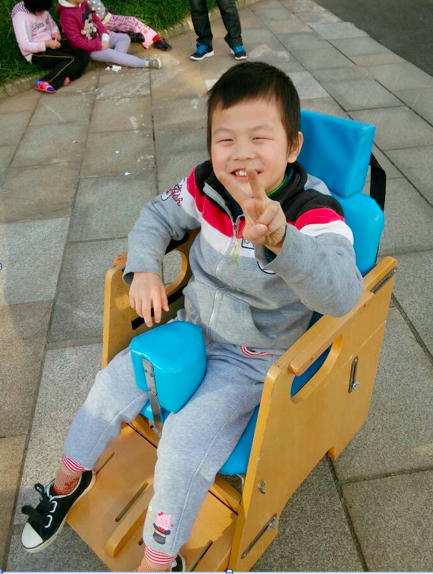 They started noticing an impact on the children almost immediately, including children like Mingming, an 8-year-old boy with cerebral palsy.

Before the Xiangtan project launched, Mingming spent most of his time in a wheelchair so his muscles had gotten weak.

Half the Sky’s team encouraged his caregivers to let Mingming play games on the floor mats to strengthen them.

He went over to him and asked: “What’s wrong Mingming?”

In a very low and uncertain voice, Mingming said: “I want to ride a bicycle.” 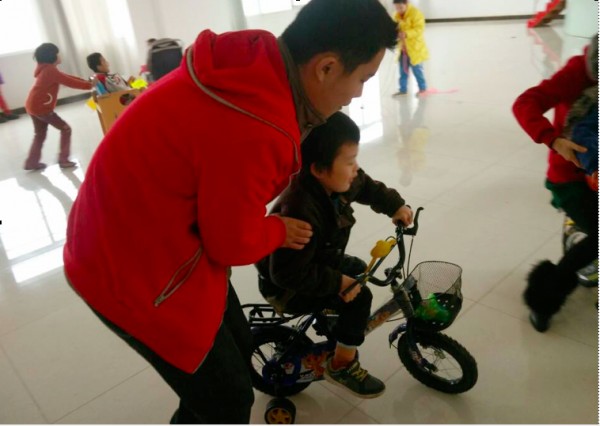 Mingming struggled to keep his balance on the seat at first and also had trouble pushing down on the peddles due to his weaker leg muscles, but with Teacher Zhi, he managed to ride the bike around the playroom slowly.

Mingming practiced every day and one week later, Mingming had grained enough strength to be able to maintain his balance on the seat by himself! But most importantly, he was also now beaming with self-confidence.

At the end of the 10-day training, Half the Skys team left, confident that the children were in wonderful hands and with follow up support would continue to benefit from the seeds they sowed in Xiangtan.