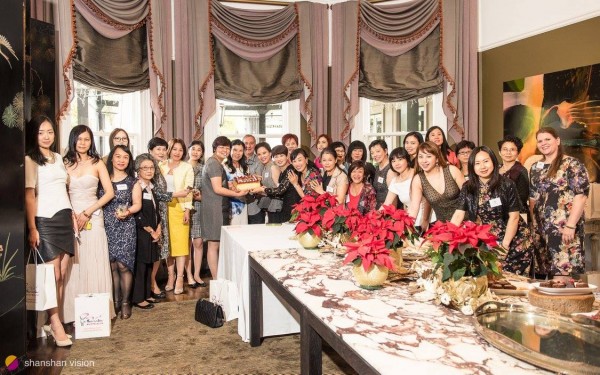 On 6 December 2015, members and guests of the Australia Chinese Business Women’s Association  (ACBWA) gathered together in Melbourne’s South-East at the privately owned heritage-listed home “Rosecraddock”. The event served as an opportunity to discuss the Association’s 2016 program and also to fundraise for Half the Sky Foundation Australia (HTSA).

The event was organized by the dynamic women of the ACBWA, with President June Anderson at the helm.  Christmas cheer was abundant and the Traditional Australian-Style Lunch (designed by the team at Big Kitchen Events) seemed to suit everybody’s palate.

Deanne Bevan and Lauren O’ Hara of HTSA introduced the guests to the work of HTSA and the ongoing need to improve the nurture, education and development of all orphaned children living in state-run welfare institutions across China. 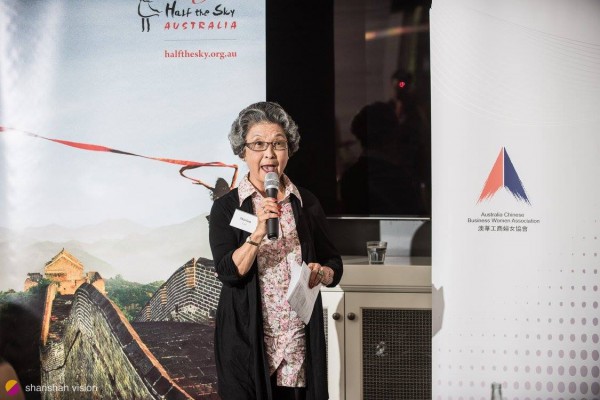 It appeared that HTSA’s message of love, hope and action made a significant impact—what started as an exquisite Christmas Luncheon ended with a vibrant Live Auction led by Veronica Reich of HTSA.  The atmosphere was electric—enthusiastic bidders ensured that generously donated prizes were successfully auctioned. The highlight of the auction was a gift of children’s paintings from a visit to HTSA’s talented children living at the Kunming Children’s Welfare Institution, by friend of ACBWA, Mrs. Qiao Yan Jun.  Together, HTSA and the ACBWA raised over $11,000—a stellar effort and as important, the beginning of a meaningful partnership.

HTSA wishes to thank all those involved, including the talented women of ACBWA who donated substantial prizes and made this event possible.  Many thanks also to special guest Marion Lau OAM, who concluded the proceedings with a speech praising the Association and their guests for their generosity and goodwill whilst also emphasizing that ‘greatness is for all of us.’

Planting Seeds of Change in Changde
Scroll to top