The village is tiny and poor

and, aside from young parents who migrate away to the big cities for work, no one travels much outside. It seems unlikely that two little girls, two three year-olds left behind by their parents, could live less than a mile away from each other but never even meet each other. Not once. 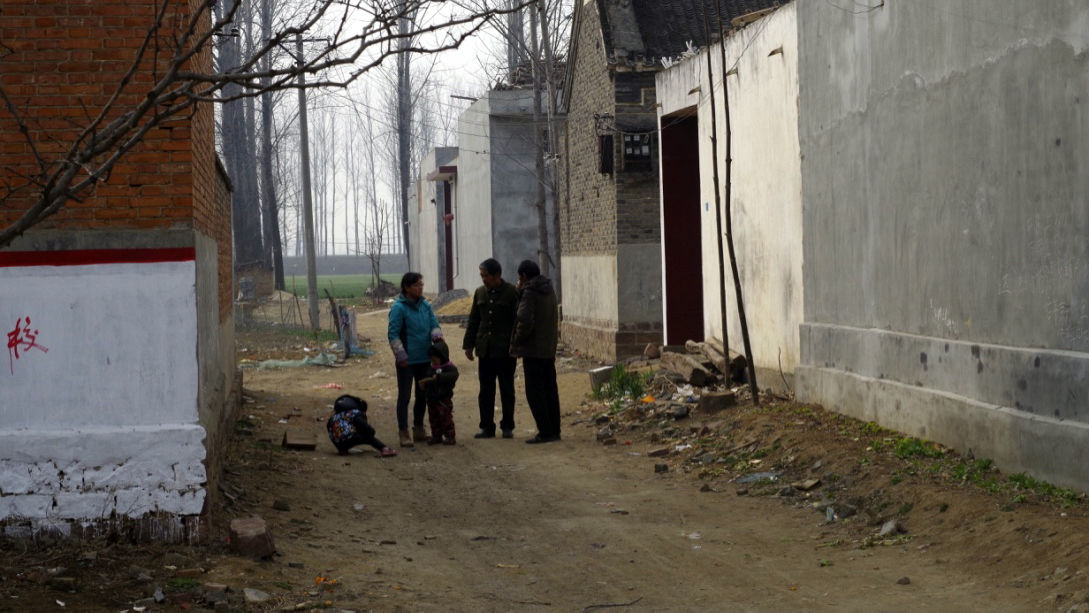 And it seems even more unlikely that those same little girls could be absolute opposites in every way yet find in each other, a powerful friendship that is helping them to begin their life’s journey without the loving guidance of their parents. 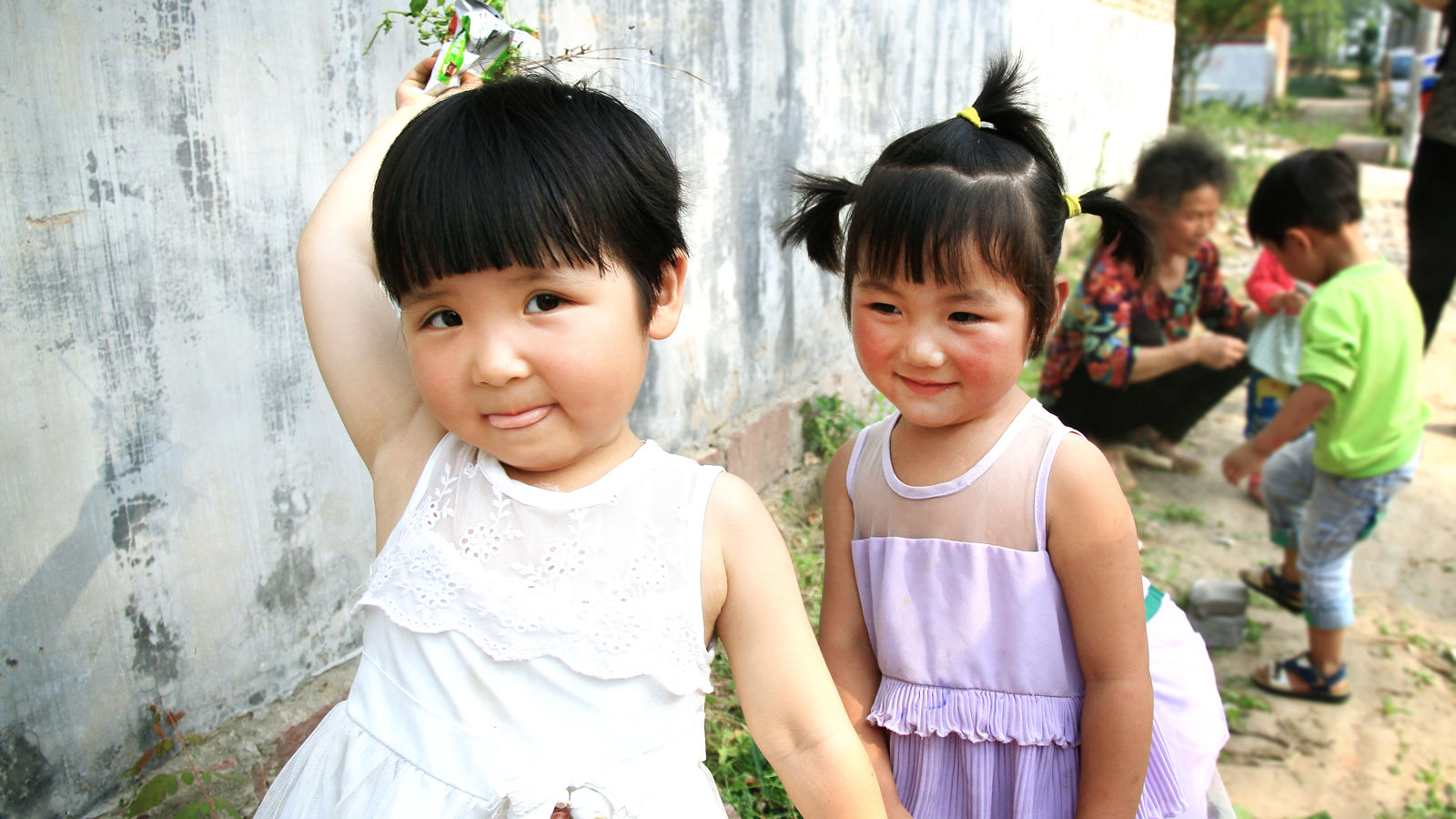 Helping a village to heal is a slow process, but it hasn’t been slow for Yingying and Wenfei.  On the day they met, the first day at the new OneSky preschool, the two girls instantly recognized a common bond. Their friendship has blossomed ever since.

Both girls live with their grandmothers, but there the similarities end. Like all village homes, Yingying’s grandma’s house is humble, but, given the circumstances, she is a fantastic housekeeper. Every surface is wiped clean, every scrap is swept. 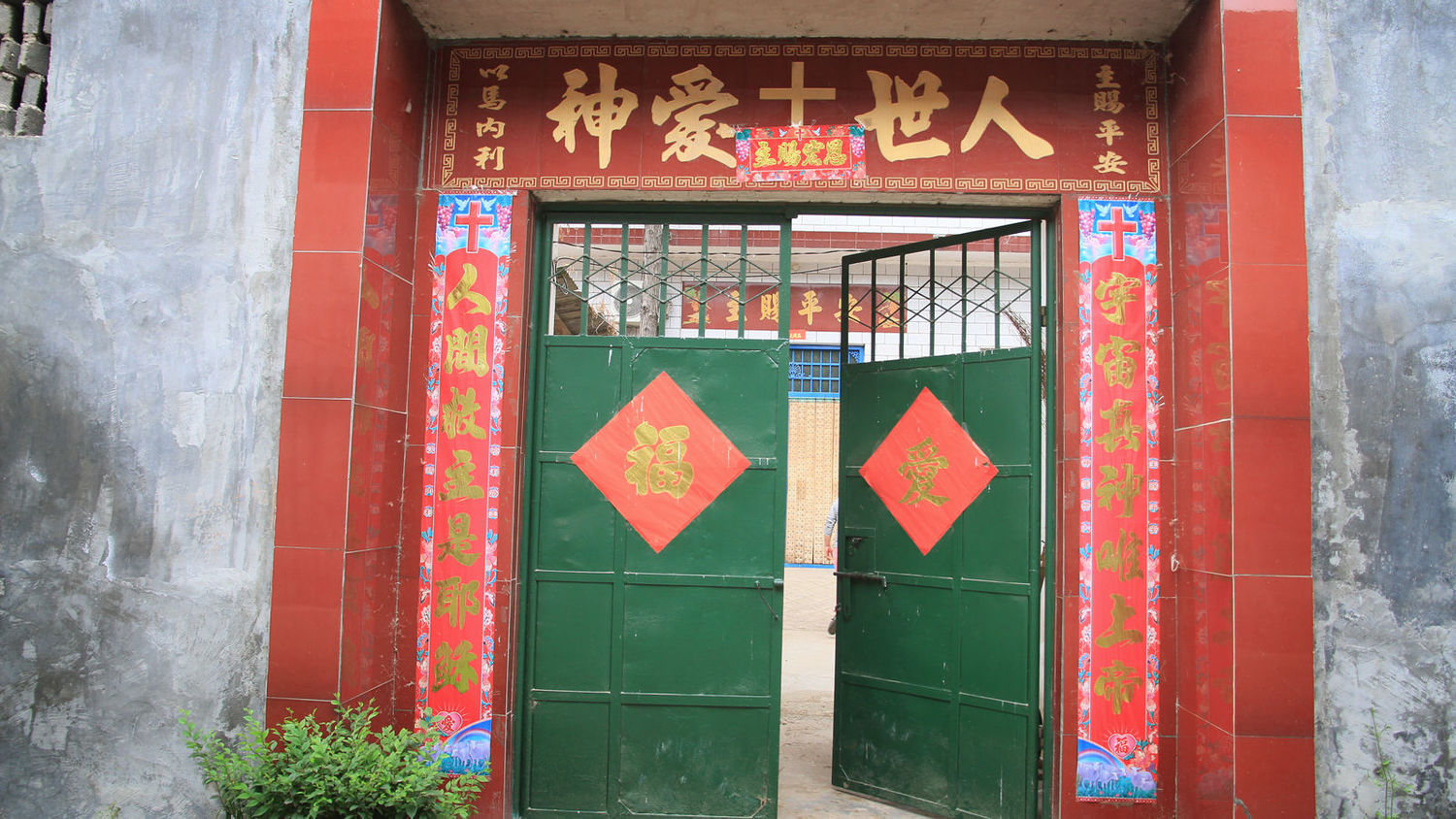 Grandma is also cautious. She keeps a constant eye on her granddaughter, determined to protect her from accidents and bad influences. She is a faithful at the local church and tries to live her life by its teachings. 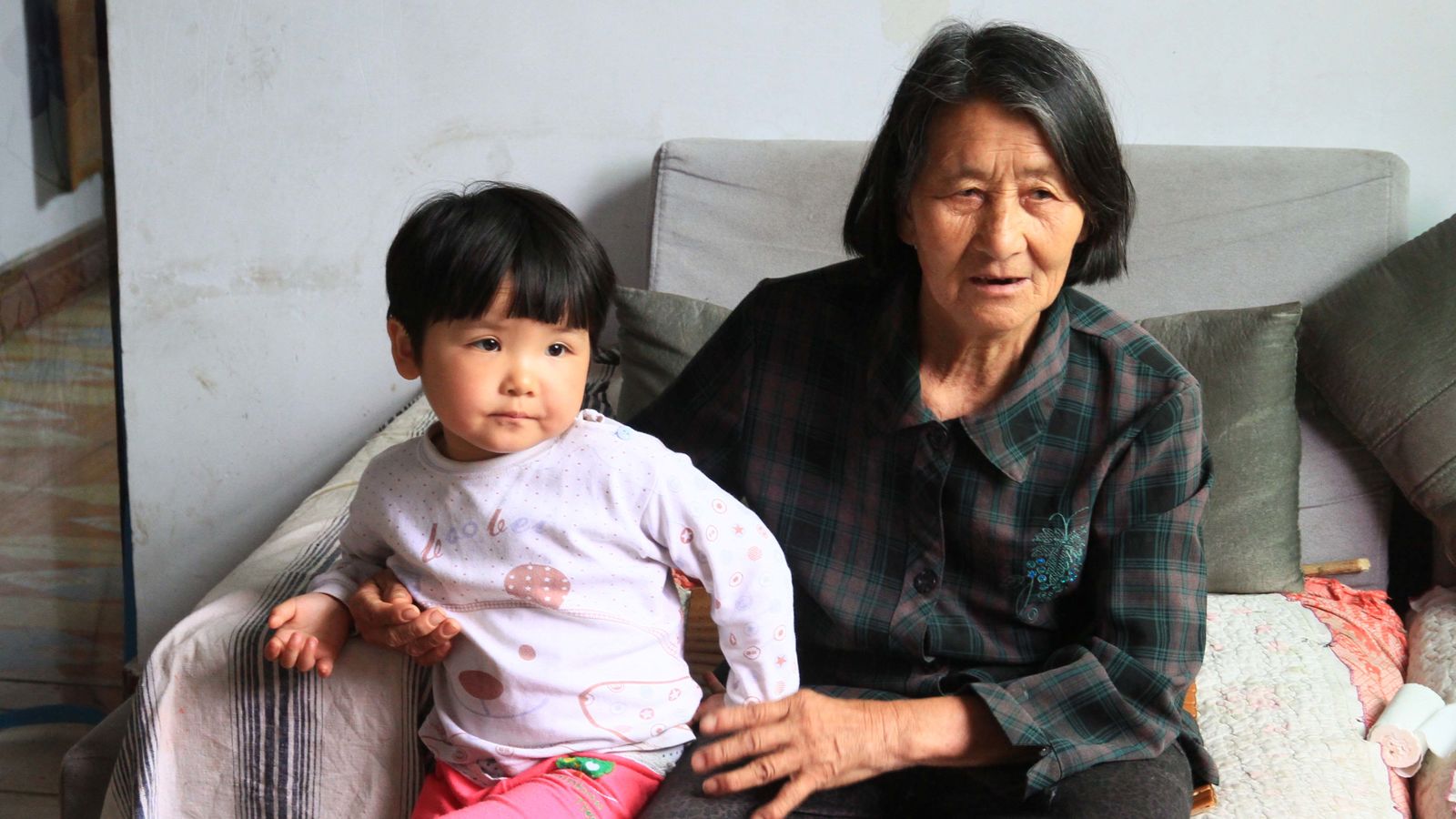 Before she was born, Yingying’s mother was trained to be a preschool teacher’s assistant in a nearby town, and, as a result, Yingying began to read when she was only 18 month old! Unfortunately, both her parents soon found higher paying jobs in distant cities. So Yingying was left behind.

But fortified by her mother’s early nurturing and her grandma’s steadfast devotion, Yingying is a happy extrovert. She is self-confident and assertive, sometimes to the point of conflict – if another child disagrees with her, Yingying is quick correct them! She couldn’t be more different than Wenfei. 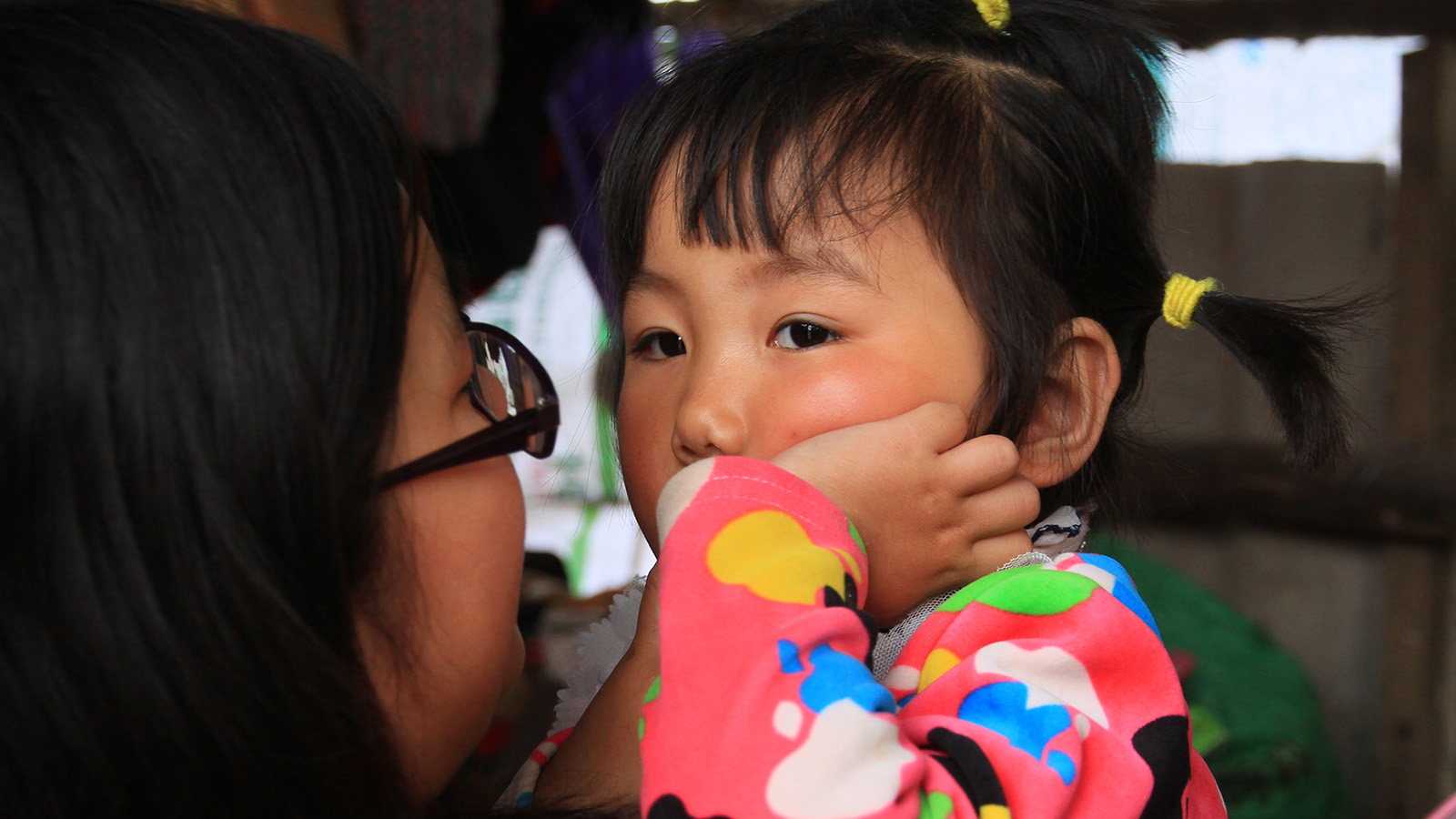 Wenfei doesn’t know her mother very well. She went away to work in southern China when Wenfei was still a baby, and her older brother was four years old. Unlike some parents who try to return for the Chinese New Year holiday, Wenfei’s parents stay away. If they continue working thorough the holiday, they can make extra money. Perhaps the hardest part for Wenfei is they don’t even call.

Recently, when Wenfei’s father was injured on the job and had to come home to recuperate, our OneSky team learned why. We found Wenfei and her father living in a temporary shack. 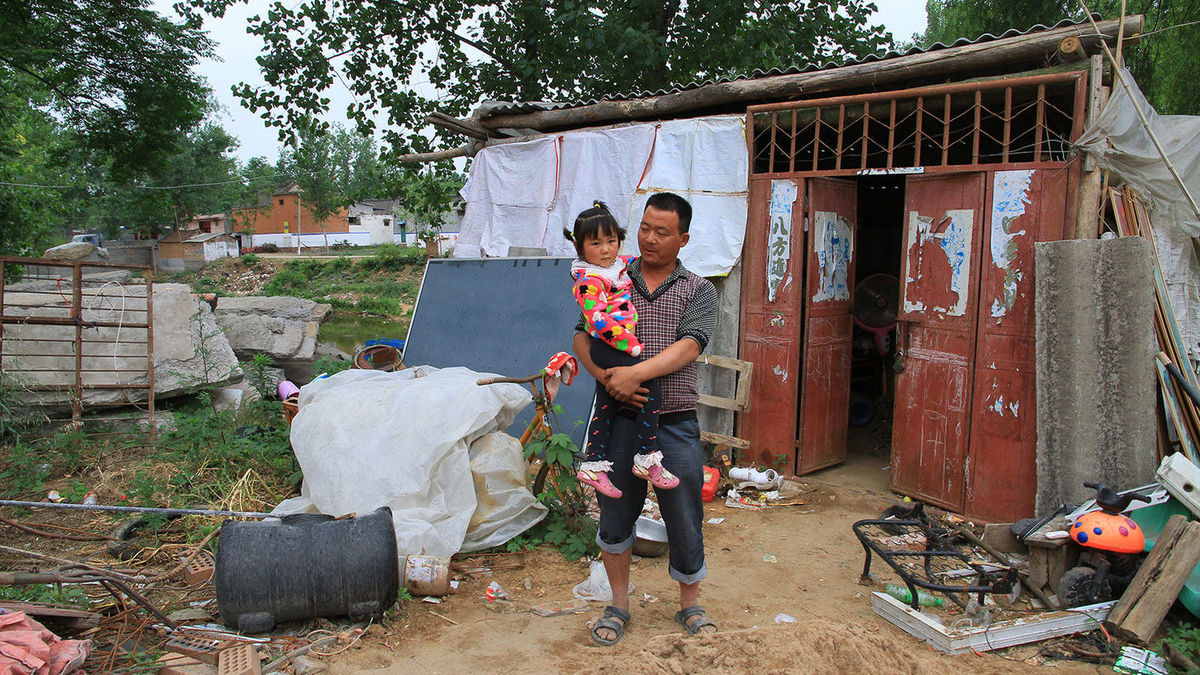 Wenfei’s baba gashed and almost lost his foot in the work accident, was now incapable of doing his job at the shoe factory, and so the boss fired him.  While waiting for the unfortunate foot to heal, he was trying to meet the Chinese son’s traditional obligation to his parents by building them a family home. “We don’t call our children because it makes us too sad,” Wenfei’s baba (Daddy) says. “The sadness of helpless separation.” 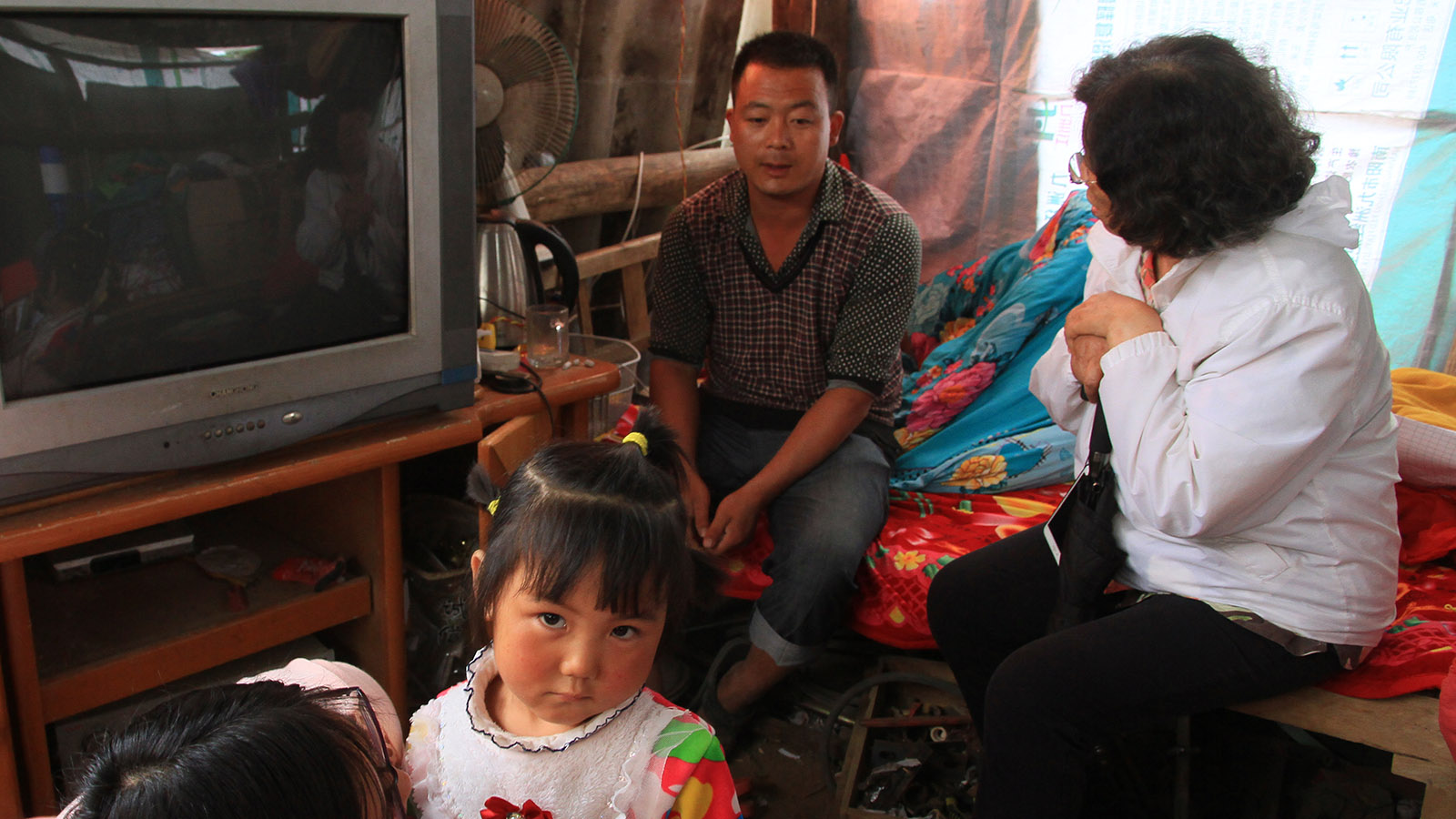 He tells us that he does understand that Wenfei needs to hear her parents’ voices, to know they are thinking of her and that they love her. But he says they just can’t call. There seems no way to convince them otherwise. On the first day of preschool, Yingying was eager to try everything. 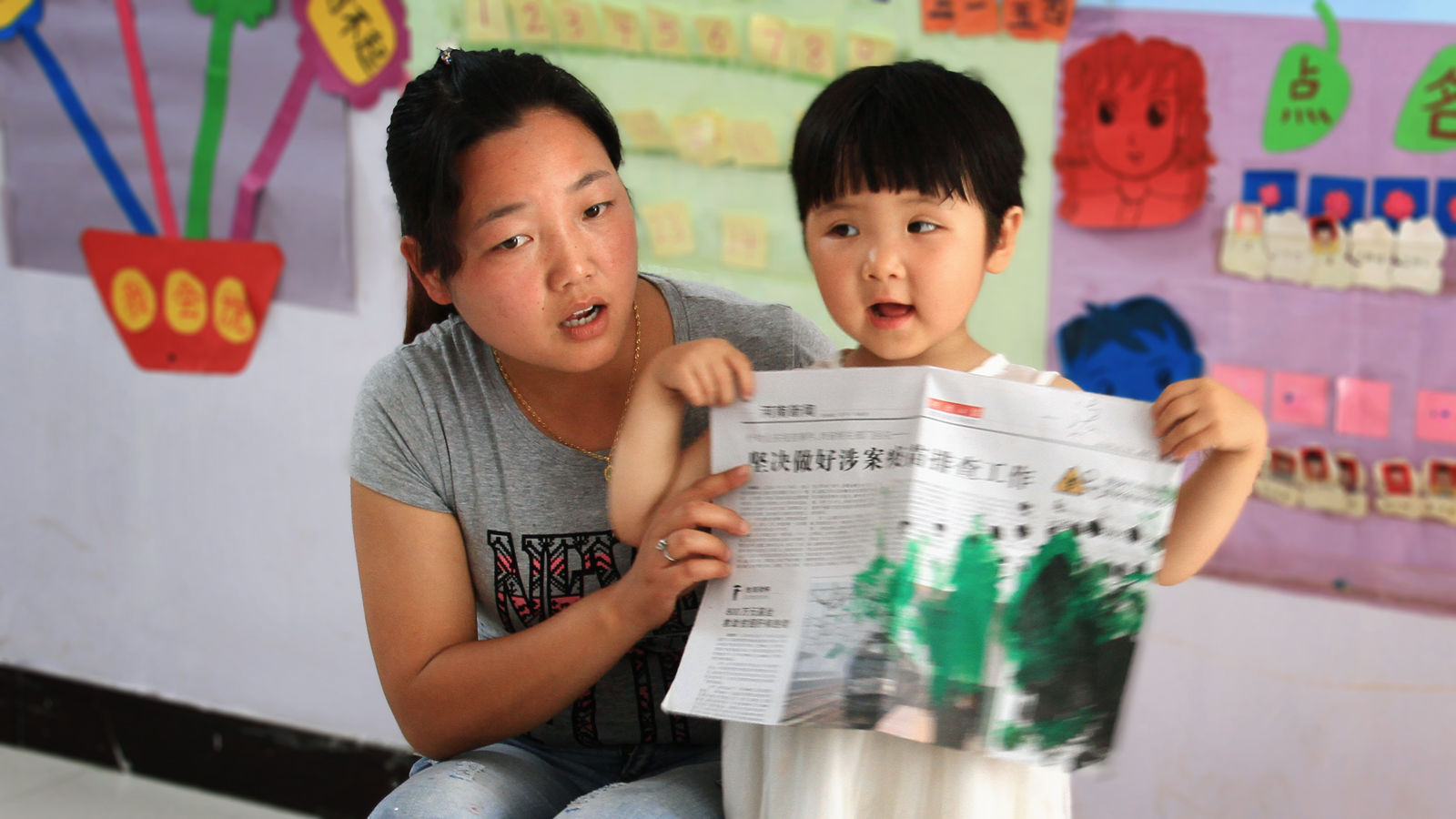 Wenfei was trying to be invisible. She reluctantly participated in the exciting new adventures at school. 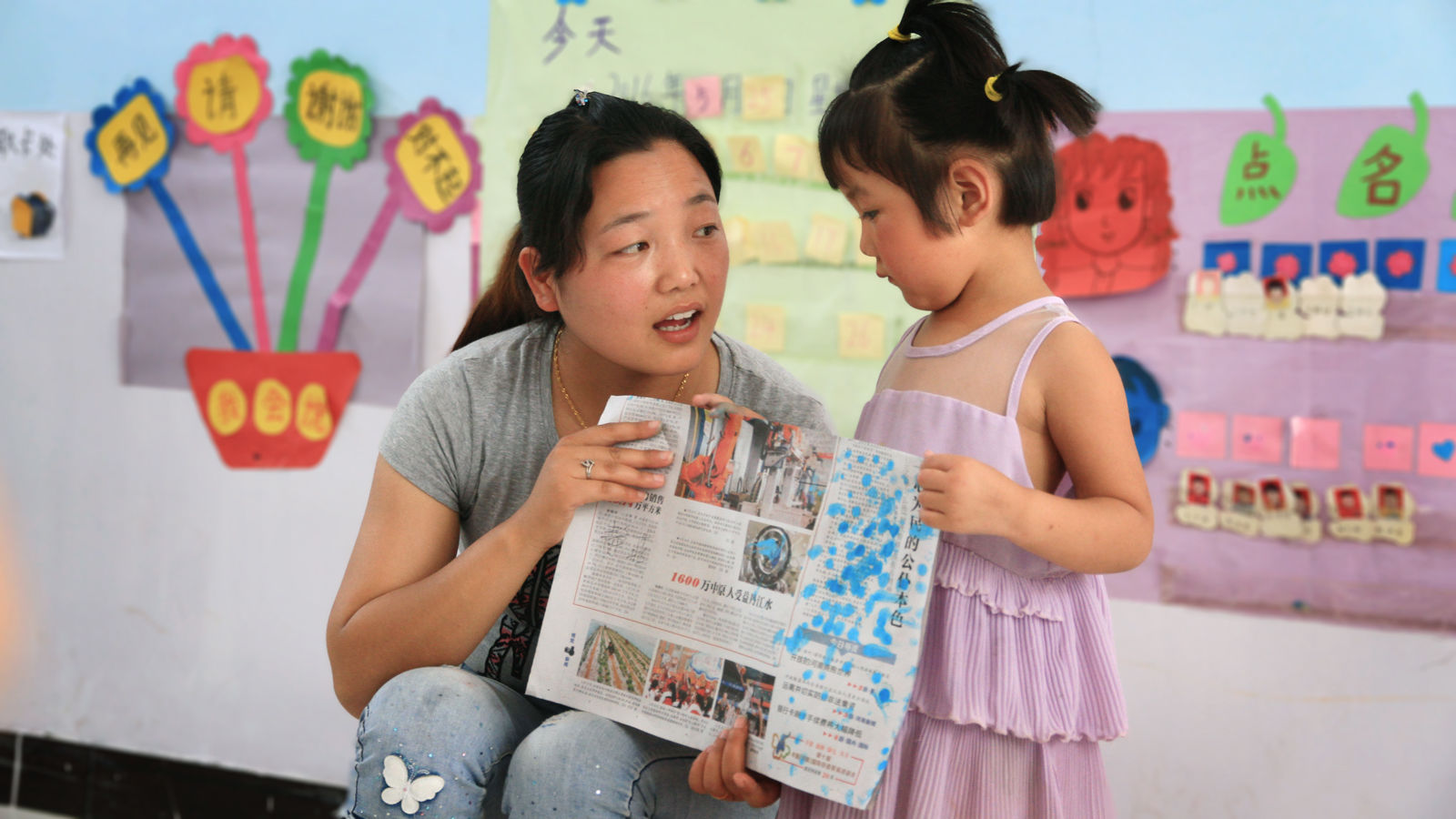 But then, when it was time for outdoor activities, the girls spotted each other. And somehow, at that moment, they saw what each of them seemed to need. Yingying has other friends, but Wen’s only friend so far is Yingying. They do just about everything together. 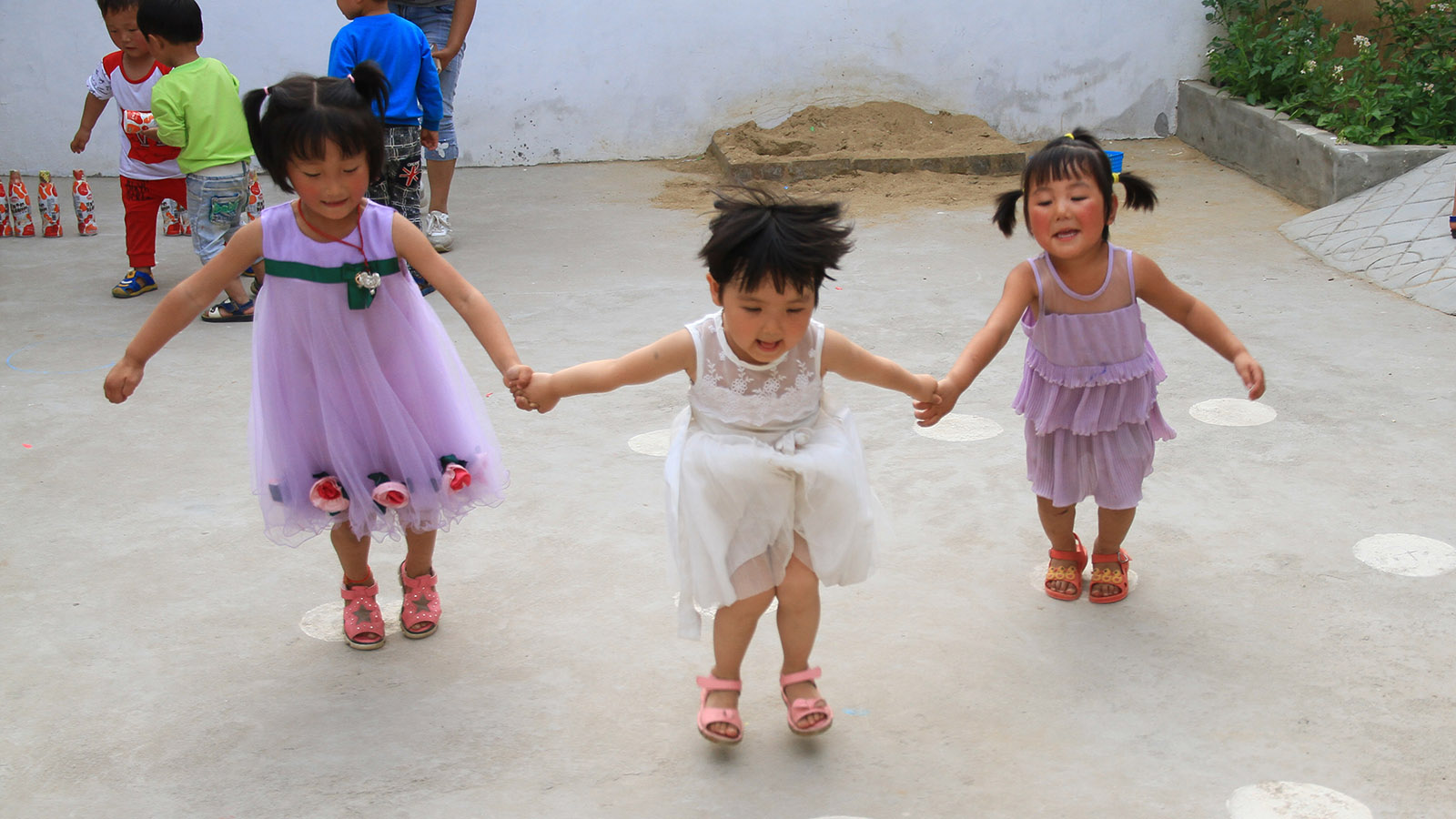 Whatever Yingying does, Wenfei does. Wherever Yingying goes, Wenfei goes. The two are inseparable—and complete opposites. Yingying boasts, “Wenfei talks only to me.” When the two pals get to school in the morning, the first thing they do is look for each other. “Teacher,” said Yingying one day, “I don’t see Wenfei. Do you know where she is?”

When Wenfei showed up a few minutes later, Yingying ran to hug her, and off they went, Wenfei clinging to her best friend’s hand. “Wenfei is like Yingying’s little fan,” says their teacher. 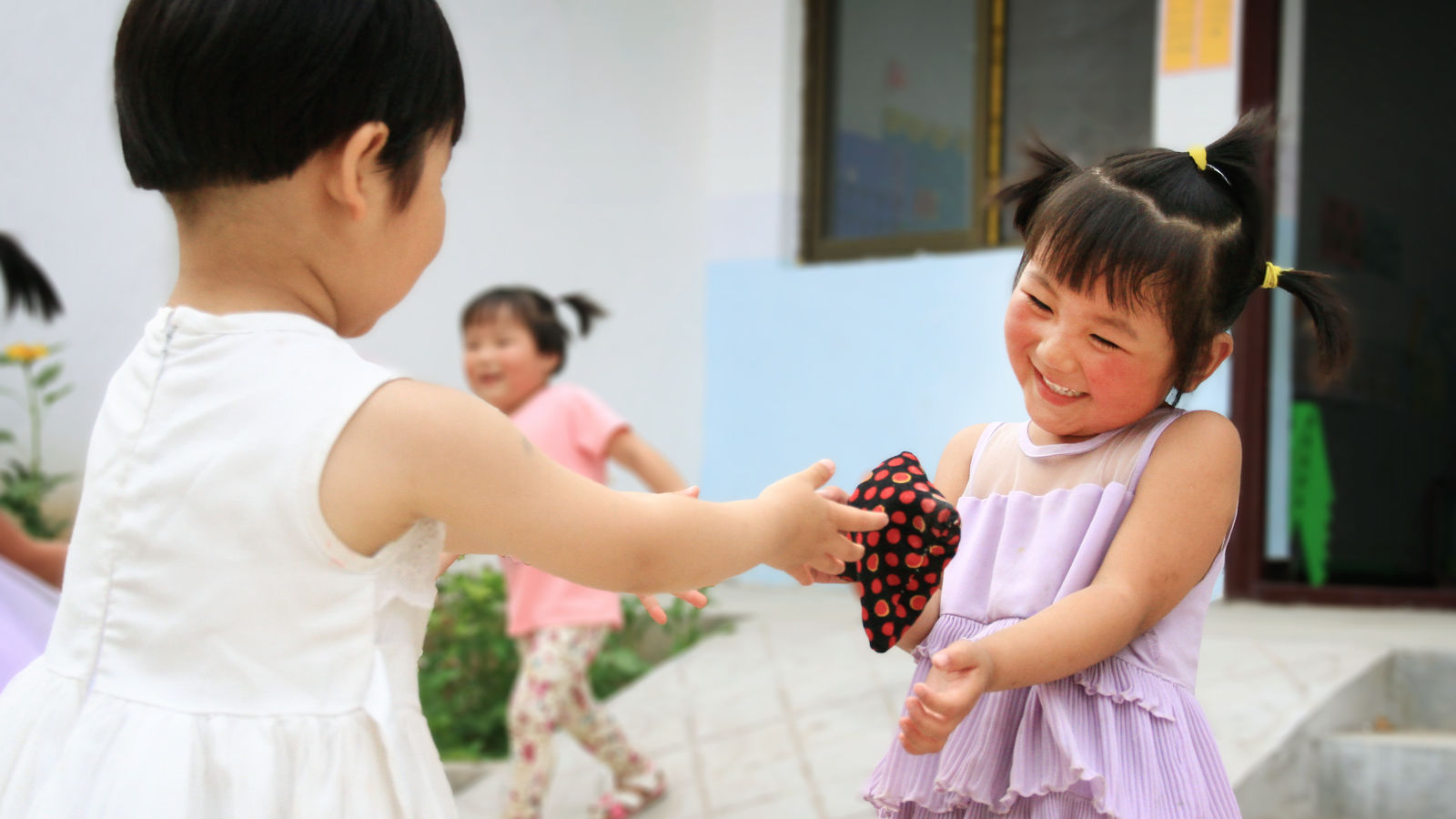 “It’s a wonderful friendship,” she says. But in time, she hopes that Wenfei will learn to be more confident—like her best friend.