Though Zhenghao was only 10 months old when I first met him, I could tell right away that his dry and scaly skin made him uncomfortable. Soon I learned that a skin condition called ichthyosis was the reason for his discomfort. 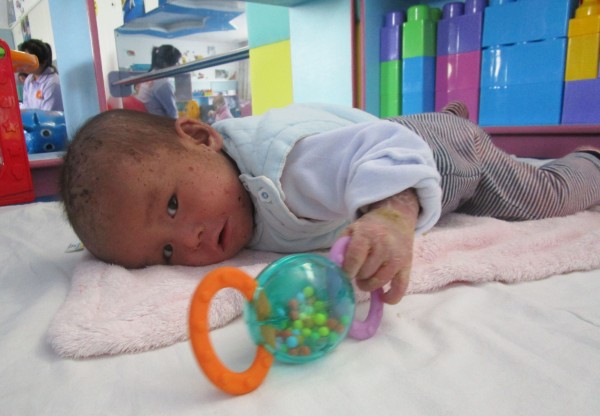 Nevertheless, Zhenghao and I bonded quickly. When he played on the mat, Zhenghao would always search for me with his eyes and turn his body slightly in my direction to find me. If I was nearby, he would be reassured and would keep playing, but if not, he would cry loudly to get my attention.

But sometimes, Zhenghao cried not to get my attention, but because he was in pain. Some movements caused friction on his skin that made him grimace and cry out. At first, when this happened, I felt terrible and didn’t know how to help him. I quickly placed him flat on his back, patted his belly softly and said, “Zhenghao, I know it hurts you…let me try to help.” 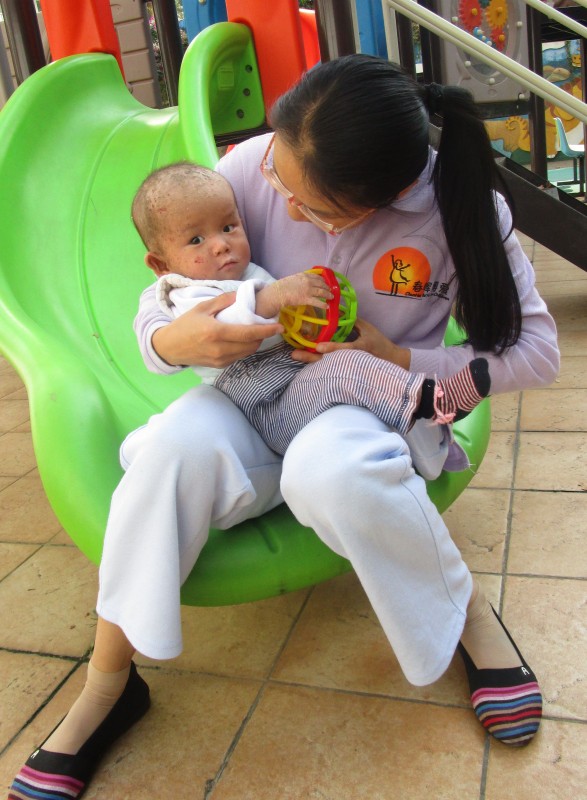 I asked a doctor for advice and he gave me ointments to apply to Zhenghao’s skin.

The first time I applied the cream, Zhenghao cried in pain, so I did it as gently as possible. The next few times, I tried to distract him with a game while I applied the ointment. It got easier each time.

These strategies helped and Zhenghao is now much more comfortable—he can move more freely without pain and can even wiggle and dance.

Instead of crying, I now hear Zhenghao giggling!

My Journey Leading to Yunnan
Scroll to top