A children’s hospital is under construction right in front of our institution.

The children often tiptoe to the end of the corridor to see what is going on and ask lots of questions:

“Why is it growing so quickly? Who will live in that building? What are those materials piled up on the ground?”

One day, we planned a special outing to take a closer look at the construction site.

When we returned, the children were inspired.

One child, Zhongxiang, asked: “What should we use for bricks?” 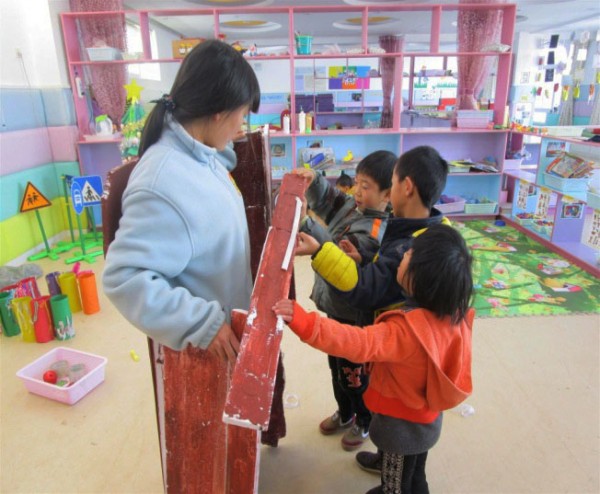 Chengming suggested the boxes of pens.

And Yaling suggested leftover pieces of red foam that we had stacked in the corner of the room.

The children agreed that the foam was the best option and went to gather all the pieces.

Then the children started talking about how large their building should be.

Xiaojing thought it should be as big as a toy castle.

Maomao suggested that it be as long as the table. 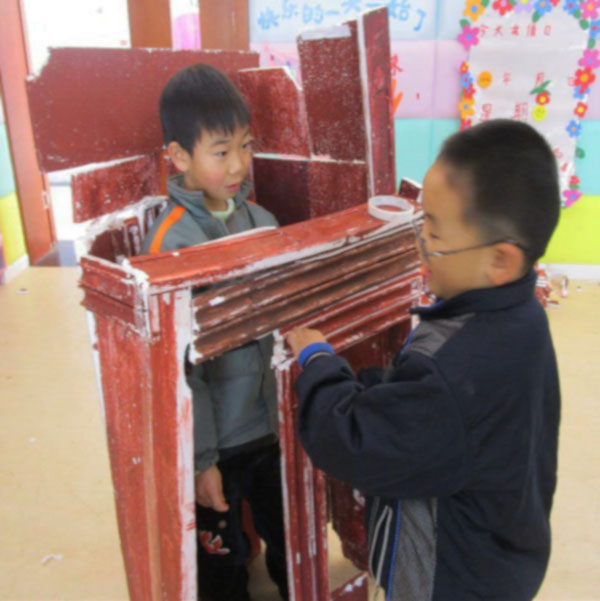 So they started using double-sided tape to join the pieces together to build walls.

Then when all the walls were ready, I helped hold them up so the children could secure them together.

I was so impressed by the children’s ideas and their teamwork!

It was a great project for our preschoolers and now our playroom includes a beautiful new house!