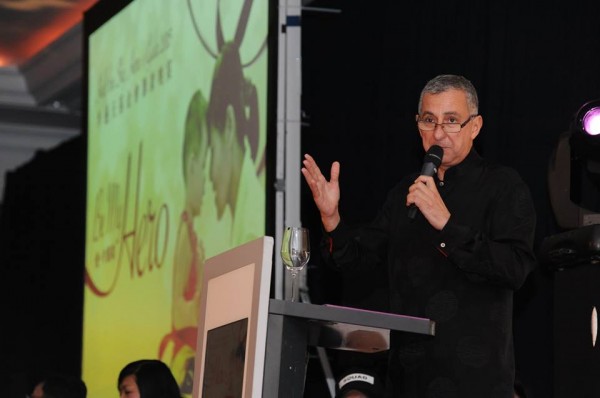 Our entire team was excited as our plane descended into Hong Kong. At the JW Marriott Hotel, we gathered with many Half the Sky supporters to attend the Hong Kong fundraising gala, where our own Guy Russo served as Master of Ceremonies.

Half the Sky founder and CEO Jenny Bowen welcomed guests with open arms and later in the evening, spoke of the Foundation’s newest project called OneSky. The event included auctions, performances and was a massive success!

The highlight of the evening was listening to one of the dedicated foster mothers from our Family Village Program speak about her unwavering commitment to her five children with special needs. There was not a dry eye in the house! 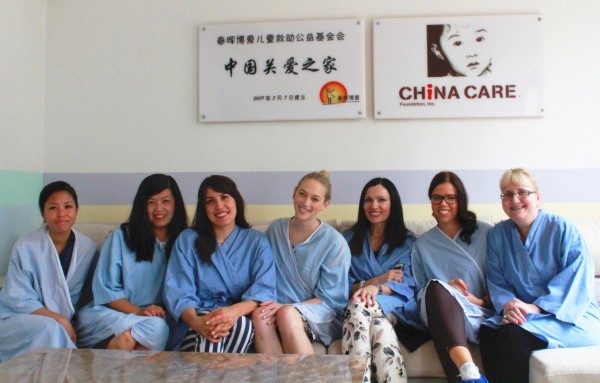 The next morning, we boarded a plan and went to Beijing, to join up with Jane Lin, Ida Ahmadpour and Laurin Partin, all colleagues from Half the Sky’s U.S. office.

Together, we toured HTS’s Beijing office, hosted by our Director of Operations Crystal Zhang. Her enthusiasm was contagious and we were thrilled to see all our Beijing colleagues!

We then made our way to the Chunhui Children China Care Home. There, we were warmly greeted by Associate Director Lynn Wang and Director Liu Shan. 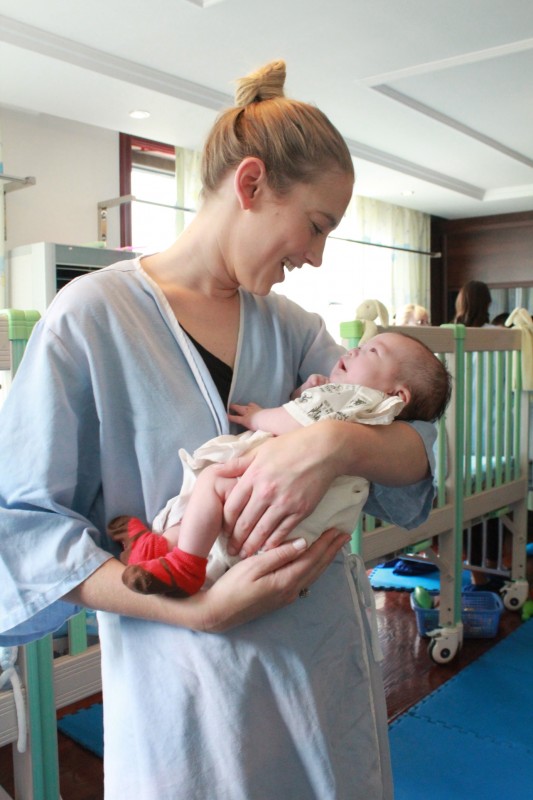 As we walked around their brand new facilities, it became vividly clear that this was a sanctuary of love, hope and healing for the many medically fragile children under the care of the loving nannies.

As we visited the children, we heard many playful giggles, witnessed calm moments of reassurance and were generally stuck at the joyfulness that filled the air!

One little girl in particular stood out, a baby girl whose name Xiao Xue means ‘snow’. She was recovering from spina bifida surgery and although she did not have much strength, she was alert and playful as Lauren gave her a bottle and held her. We could all tell that she was recovering beautifully despite still being fragile.

Our time in Beijing was now sadly almost over and we would soon depart to see the children at our Chansha Model Children’s Centre. Stay tuned for our next update.

By Veronica Reich, Half the Sky Australia Communications Director

Our Trip to China