She found that except for his congenital club feet his physical condition was good. A few days later, XiaoLong was taken to hospital to see a doctor to have his legs casted. In the following month, XiaoLong endured casts on his legs that were removed and changed every week. Though wearing and removing the casts was painful, XiaoLong didn’t cry much or make it difficult to change his casts by kicking his legs hard. 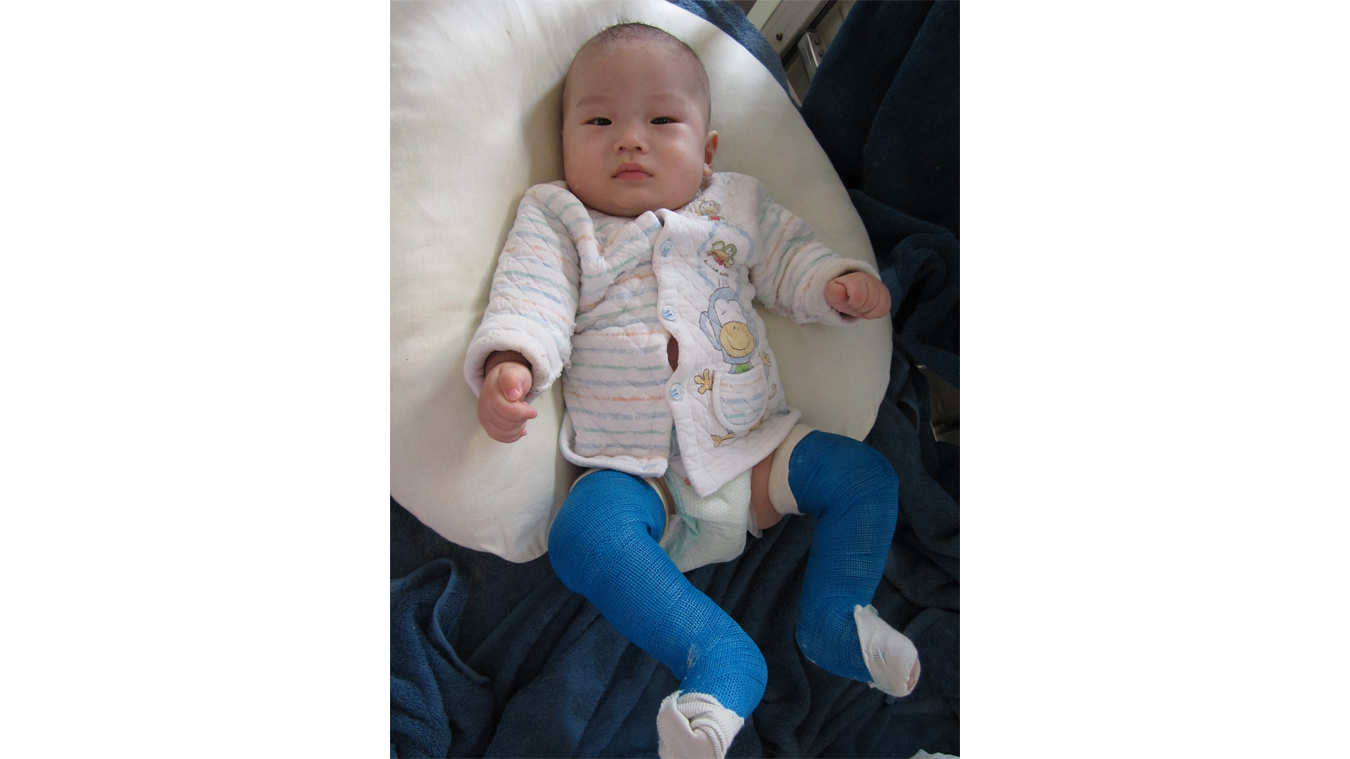 At the end of August, the doctor suggested he was ready for tenotomy (tendon cutting) surgery. He was hospitalized twice, but the surgery had to be postponed due to pneumonia. Finally in October, Xialong underwent tenotomy surgery that released the tendons in his heels. After six weeks of careful post-operative care at the China Care Home, XiaLong got braces so heels stay in the correct position. In addition, his nanny needed to massage his feet every day.

XiaoLong is just one year old now. When it’s time to have a meal, he will point at his special chair and wait for his nanny to put him on it. Sometimes placing him on the chair can stop him from crying because he seems to know it’s time to eat. He can hold the feeding bottle tightly and drink milk by himself. He likes to bang toys  against the floor or use a stick to hit the toys. When he feels tired, he stretches out his arms to ask to have a rest in his nanny’s arms. 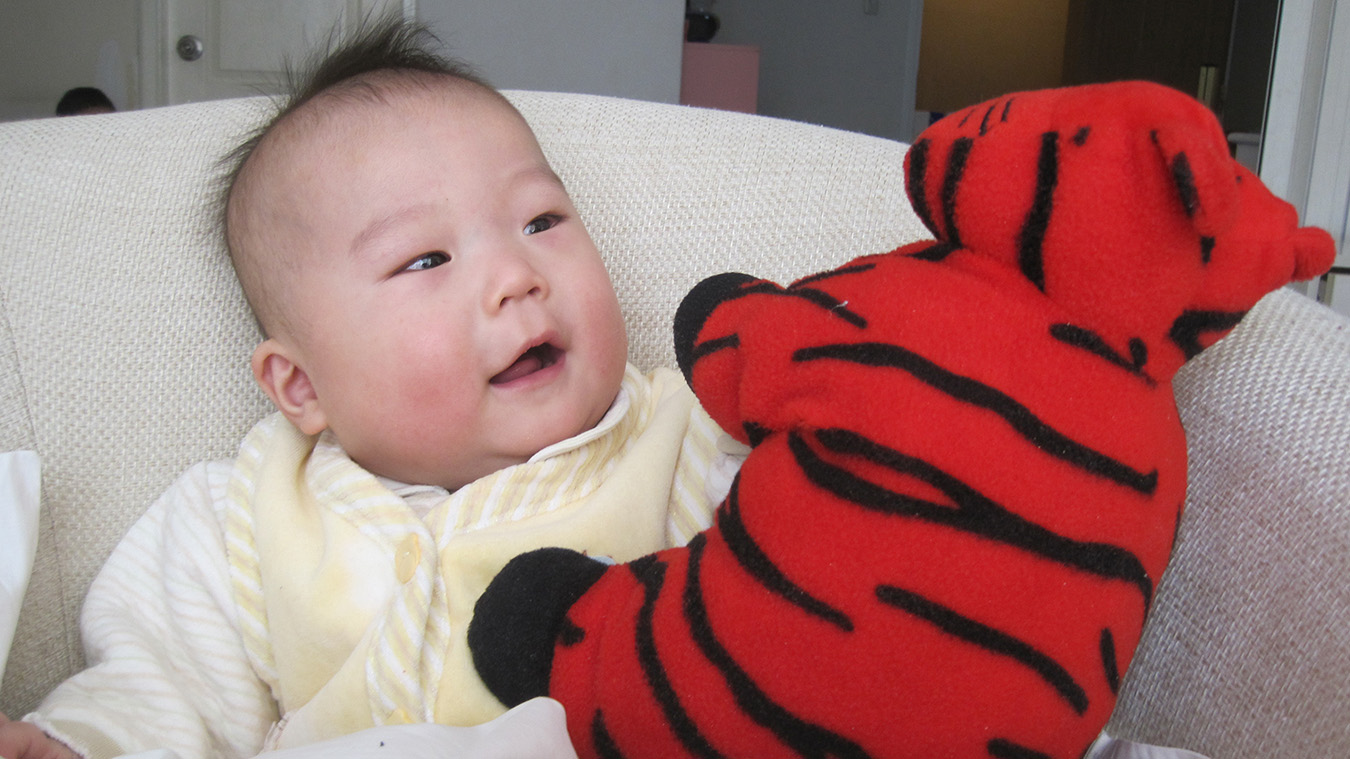 XiaoLong has good imitation abilities.  When his nanny massages his feet, he also tries patting his feet. Then when his nanny helps him put on braces, he also pulls on the braces. He especially likes having his feet washed. He moves his feet up and down in the water. His nanny says, “You’re a mischievous boy” and he giggles. She also asks him whether he feels comfortable, and he nods.

When someone calls his name, XiaoLong will look around to see who is calling. He is quite interested in music. When he is listening to nursery rhymes, he can’t help but sway his hands and head along with the music.

XiaoLong has become quite happy and quite chubby—when he sits, he looks just like Buddha Maitreya (the “Laughing Buddha.”) XiaoLong will have a checkup this spring to see how well he has recovered. Though he may have to wear braces for several years, he has a very good chance of being able to stand and walk just like other children. 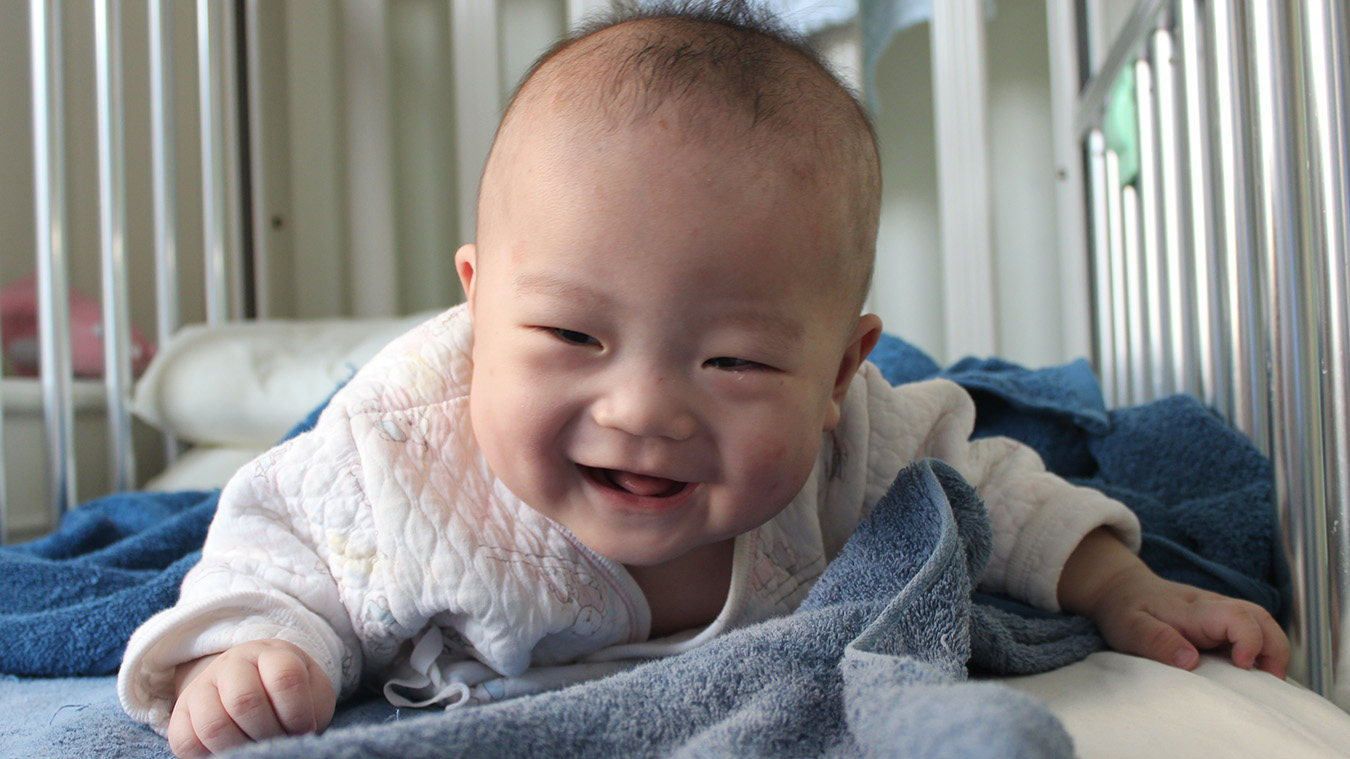 I Will Win Next Time!
Scroll to top