In June this year, we got an application about XiaoMei again from Baotou welfare institution, which stated that the child had difficulty in defecation. Therefore, XiaoMei was admitted to the China Care Home for the second time at the end of June. After several checkups in the hospital, she was diagnosed with secondary Hirschsprung disease, which needed a surgery to fix it.

XiaoMei is an adorable and happy child. Though she had to undergo intestinal lavage from time to time based on the doctor’s advice, she was brave and cheerful. She smiled to everyone who came to see her and stretched out her arms if one offered a hug. She waved her little hands when one said “bye” to her. She could even blow a kiss and her cute gestures made people laugh. She is a popular star at the China Care Home. Some nannies from other nursery rooms also came to see her. What a charming little “pop star”! 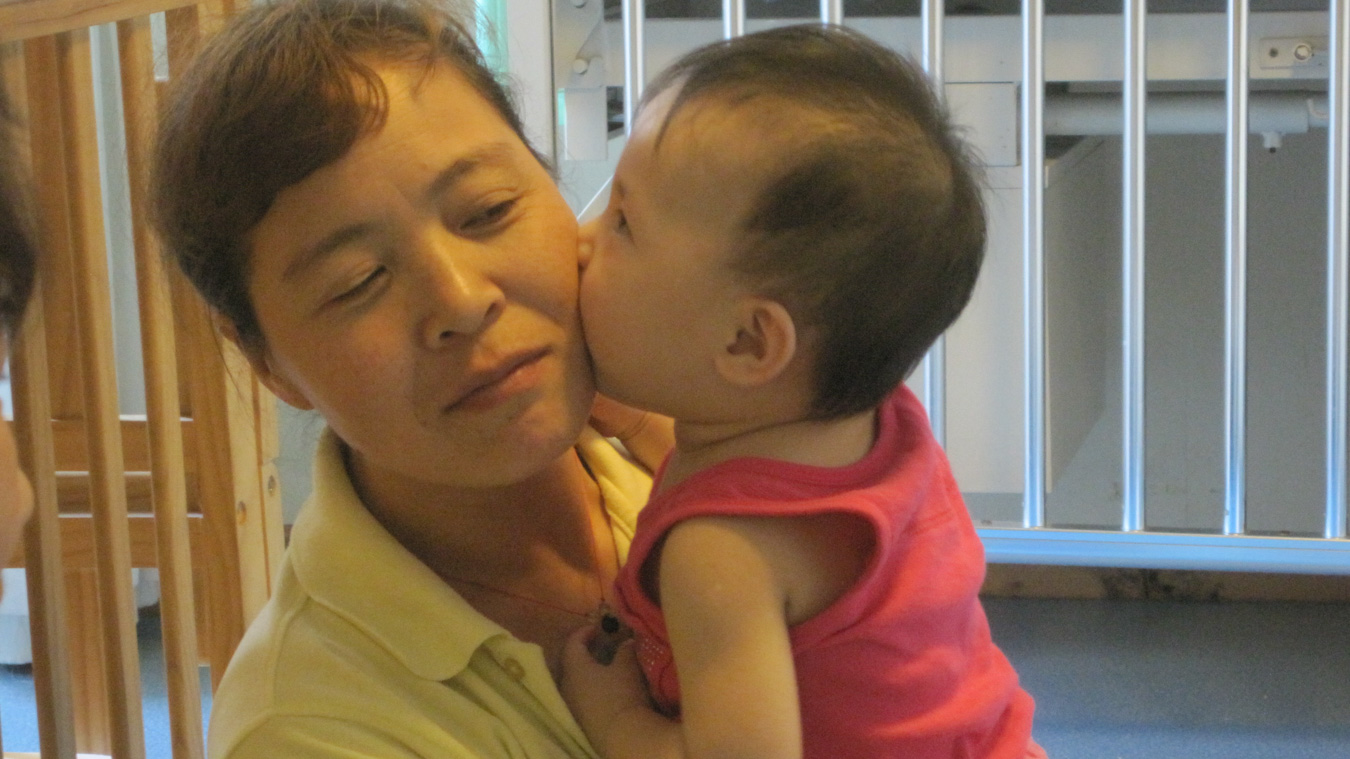 XiaoMei learned to walk in July. At the beginning, she staggered like a drunk. Her nanny squatted meters away in front of her and asked her to walk towards her. XiaoMei looked at her nanny, raised her arms a little and stepped forward. She might fall over once in a while, but she didn’t care at all. She stood up and continued to walk. Soon, she could walk better and faster. Then, she often tried to go out of the room. If the door of the nursery room was not locked well, she would run out with her little friend YuXia. Her nanny called her name behind, but she ran faster. Then the nanny played with her in the corridor for a while. If she was taken back to the nursery room, she might be unhappy and sit on the floor, crying. But in a minute, she would stop crying and go to look for interesting toys. If a child was playing with toys she wanted, she would use a little force to rob the toy. Then she played with the child together.

XiaoMei can say “mama” and “baba”, and understand a lot of simple sentences the adult say to her. She likes to imitate her nanny’s gestures. Whenever the radio plays the music of setting-up exercises, XiaoMei will follow her nanny to do the movements, such as crouching, standing up, turning around, etc. She was totally immersed in the music. 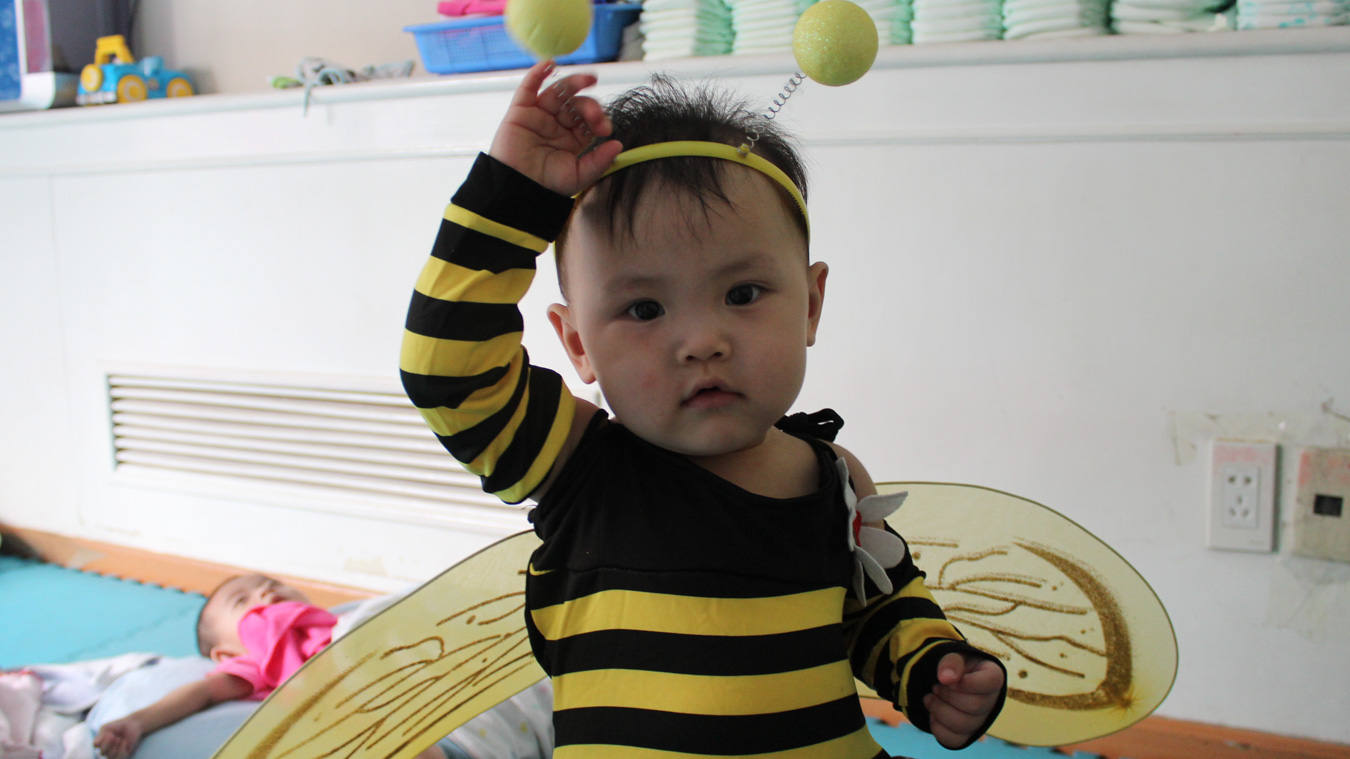 XiaoMei loves pretty dress. When she wears the pink dress, she keeps touching it or even poses for camera. She likes to play with the toy barrel. She often carries the barrel, wanders around and picks up toys to put in the barrel. Sometimes, she uses the barrel as a hat and puts it on. Then she looks into the mirror and giggles.

On August 24, XiaoMei was hospitalized for surgery to fix Hirschsprung disease. She is now in hospital waiting for the surgery. We hope the surgery goes well. Nannies at the China Care Home can’t wait to see XiaoMei soon after she could be discharged from hospital.

BoYuan: One of Thousands 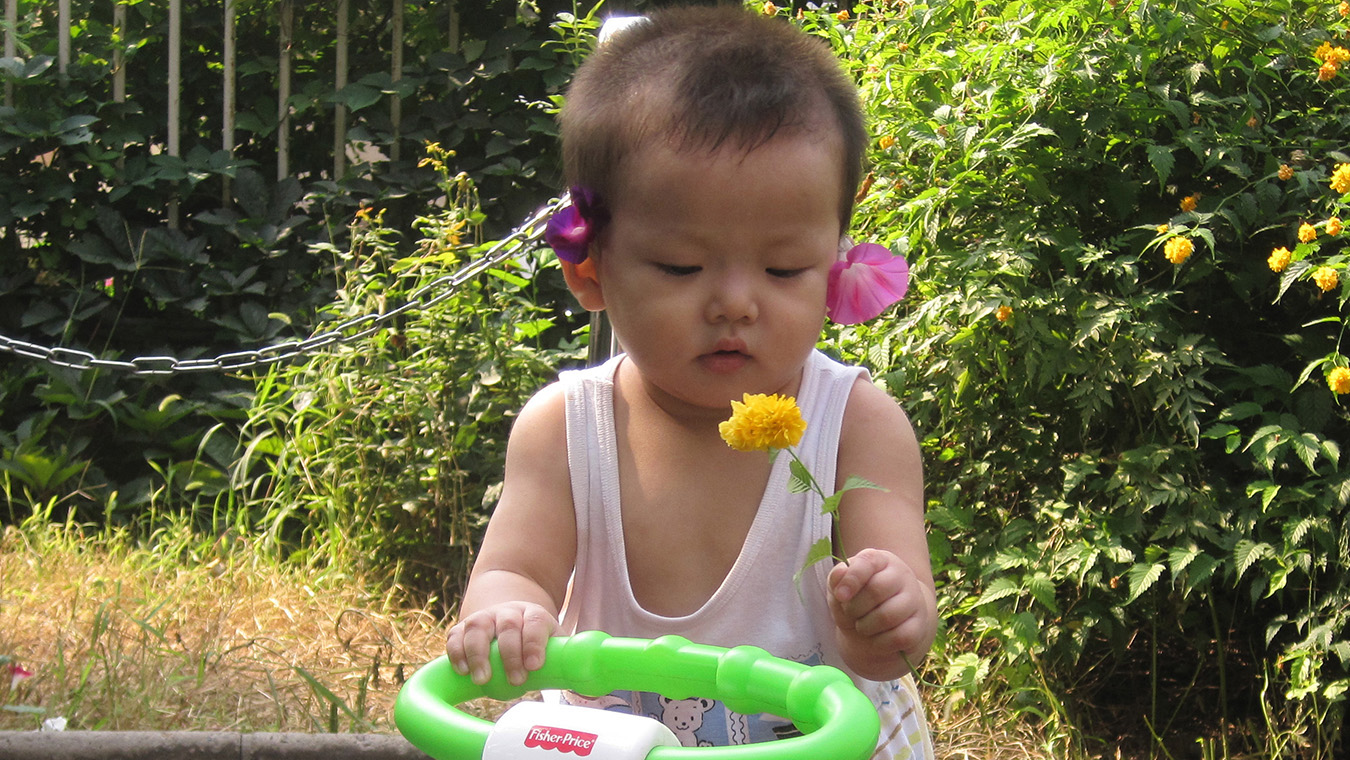 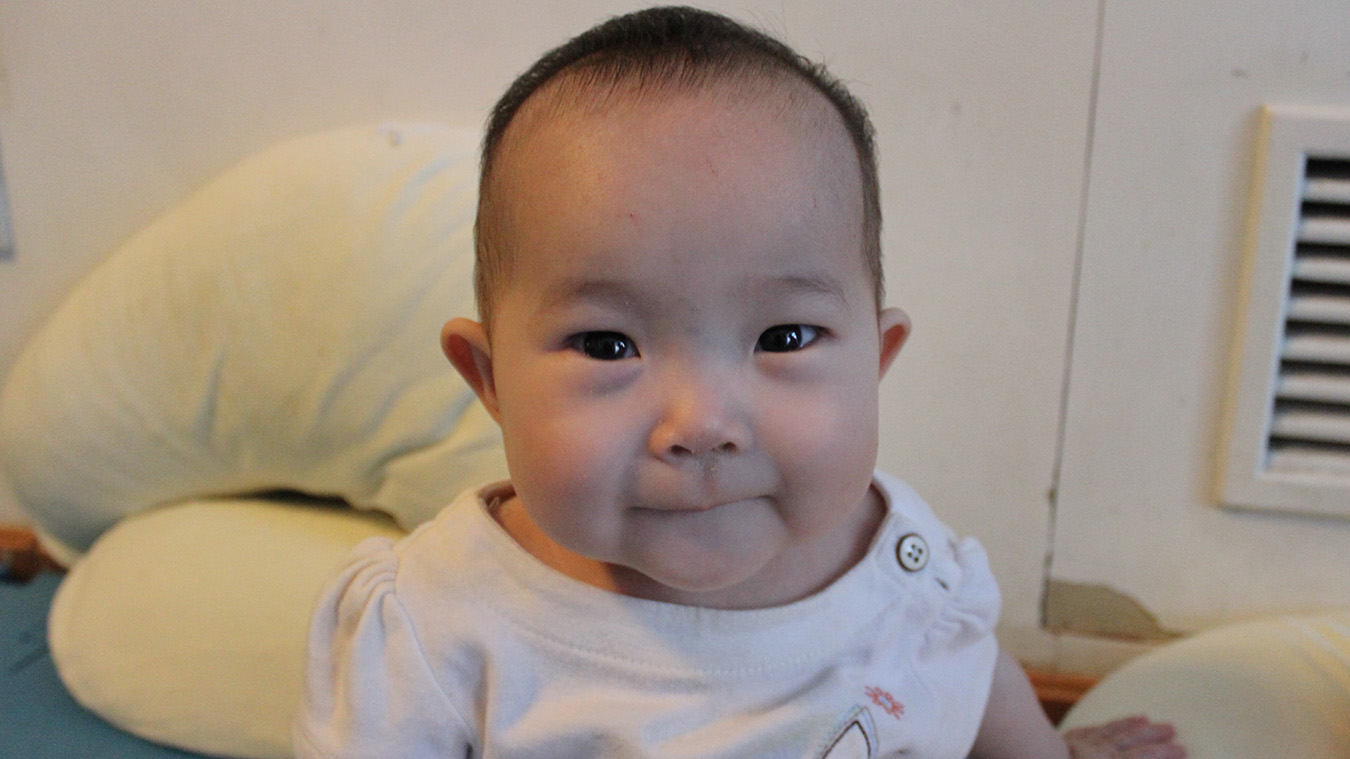 HuaYang Cheers Up His Friend

I Will Keep on Walking
Scroll to top